Popular Waterford busking festival set to go ahead this Christmas 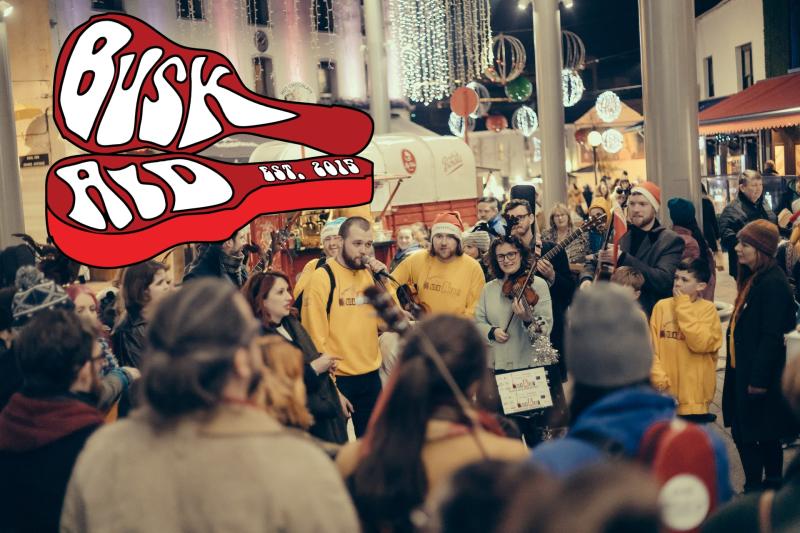 BuskAid is very pleased to announce that Waterford’s annual busking festival will go ahead in 2020 for its fifth year, but not in the traditional sense.

This year’s fundraiser will see a host of online events happen in the lead up to Christmas in an effort to raise much needed funds for Tinteán Housing Association, including a very special live stream concert, BuskAid Live, celebrating the best of Waterford talent.

Since 2015, BuskAid has raised over €22,000 for local homelessness charities in Waterford at Christmas. The campaign has grown year after year and is Waterford’s only busking festival, nationally recognised for the work it's done the past four years.

Tinteán Housing Association offers women and families accommodation with support, providing them with the necessary skills and helping them to leave homelessness behind.

In relation to the changed series of events, BuskAid founder Tadhg Williams said: “Given the current public health situation and although restrictions are set to be eased in time for Christmas, we feel it would be irresponsible of us to ask our incredible volunteers to go out onto the streets, as they have done for the past four years, and be in a situation where they may not be able to effectively socially distance.

"We’re also aware that some of our buskers have attracted large crowds the past couple of years especially, which in the past has been utterly fantastic, but this year we have to avoid that. The health of the people of Waterford is our priority and therefore BuskAid will not happen in the traditional format. However, we have a really innovative and exciting series of online events planned which I’m really looking forward to," Tadhg said.

BuskAid is setting the people of Waterford two challenges this year. "We’re encouraging people to make the most of the outdoors and do 5k for BuskAid, sharing their progress and our donation link with their friends online. We’re also challenging people to Busk From Your Bedroom - perform a song in your bedroom, upload it to social media, share the donation link and nominate a couple of friends to do the same," Tadhg said.

"As well as these challenges, we have three events lined up for Christmas week. On December 21, we’ve teamed up with Steven Stubbs and StubVid Media to do a special BuskAid Variety Prizecast live on Facebook. During the stream, we’ll be raffling some bizarre and magic prizes, as well as live music and special guests. The Prizecast will no doubt descend into absolute chaos, but we wouldn’t have it any other way.

"On December 22, we’re invading the now extremely popular Jordan’s Session in the Jordan’s American Bar group page on Facebook. We’re encouraging people to share a song and raise a virtual drink to raise funds for Tinteán.

"On December 23, we’ll be very proud to present BuskAid Live, our main event. Live streamed from the Waterford In Your Pocket Facebook page, the concert will be a telethon-style celebration of the best of Waterford talent. Throughout the night, we’ll be keeping you updated on how much money we’re raising, and we’re encouraging every family or household in Waterford to gather around your laptop or television screen together with a few drinks next to the fire and celebrate Christmas and BuskAid with us," Tadhg added.

Speaking about the different events, volunteer coordinator Anna Jordan said “what we really wanted to do was make sure we’re engaging with the community. The beauty of BuskAid has always been that we’re surrounded by a fantastic group of artists dedicating their time and talents for a special cause, and through that reaching people on every street corner in the town. We want to do the same this year, virtually. It’s been a difficult year but we really wanted to celebrate togetherness and community as best we could.”

Speaking about the importance of this year’s BuskAid, busking coordinator Derek Flynn said; “It’s been a really tough year on everyone, especially charities. Tinteán Housing Association lost a lot of opportunities to raise much needed funds for the project this year so we’re really hoping that the people of Waterford get on board with us and donate as much as possible. This is a totally new area for all of us, we’re being totally stripped right out of our comfort zones but we recognized the importance of making sure BuskAid went ahead this year in some shape or form. Hopefully people can engage with it and enjoy it!”

As ever, BuskAid are incredibly grateful to the enormous support we receive not just from the general public but from local businesses. We recognise that this has been a tough year on everyone but to have so much support from local businesses this year once again means the world to us. This will be five in a row now, let’s make it a special one.