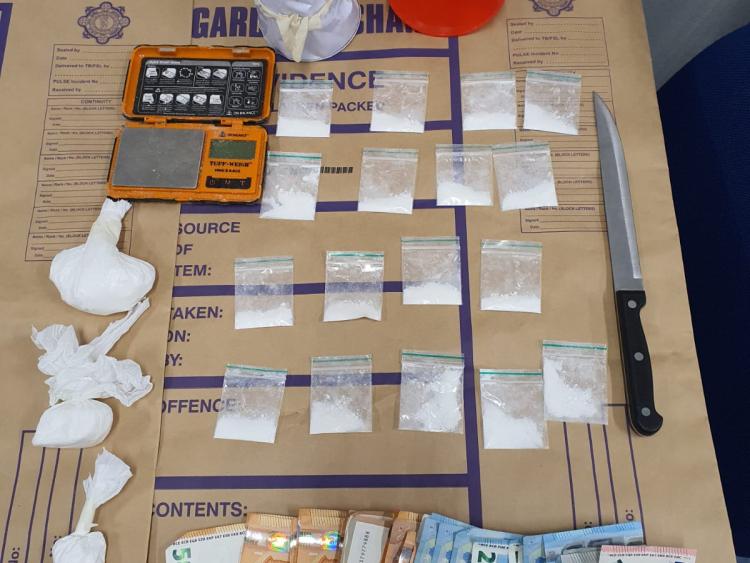 Gardaí have arrested a woman and seized over €10,000 of suspected drugs and cash in Fethard, Co. Tipperary.

As part of an ongoing investigation into the sale and supply of drugs in the Fethard area, Gardaí from the Clonmel District Drugs Unit, assisted by uniform Gardaí from Clonmel, carried out a search at an address at Gort an Óir on December 5.

During the course of the search Gardaí seized €9,200 of suspected cocaine and €1,290 in cash along with drug paraphernalia such as a weighing scales and bags.

As part of this investigation three follow-up search were carried out this evening in Fethard with the assistance of the Southern Region Dog Unit. As a result Gardaí seized a small amounts of suspected cannabis and cocaine.

A woman, aged in her 20s, has since been arrested in connection with the investigation and is currently detained at Clonmel Garda Station under Section 4 of the Criminal Justice Act, 1984.

All of the suspected drugs will now be sent to Forensic Science Ireland for analysis.