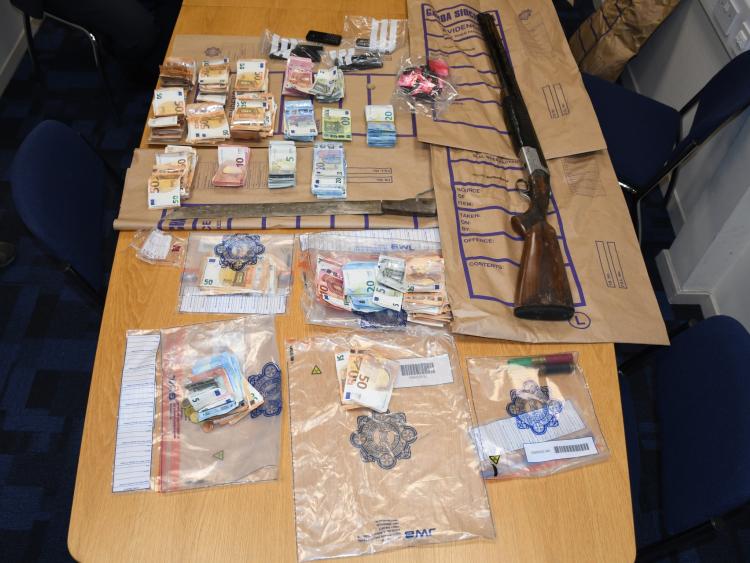 Investigations are ongoing after garda search operations were carried out in Waterford City this week.

Gardaí attached to the Waterford Crime Unit, assisted by Waterford uniform members, the Cahir Armed Support Unit and the Southern Region Dog Unit, carried out a search operation on Tuesday at St Herblain Park and seized a small quantity of cocaine.

In a follow up search on Wednesday at a residence in Williamstown, Waterford City gardaí seized €15,000 in cash, which was hidden in a separate location within the residence. Cocaine and alprazolam tablets (subject to analysis) with an estimated street value of approximately €4,000 and a double-barrelled shotgun were seized.

One man and one woman, both in their 20s, were arrested at the scene and taken to Waterford Garda Station where they were detained under Section 2 of the Criminal Justice (Drug Trafficking) Act, 1996. Both persons have since been released, with a file being prepared for the Director of Public Prosecutions.

A man, 35, and a woman, 34, were arrested this Friday morning in relation to these seizures and are currently detained at Waterford Garda Station under Section 2 of the Criminal Justice (Drug Trafficking) Act, 1996.