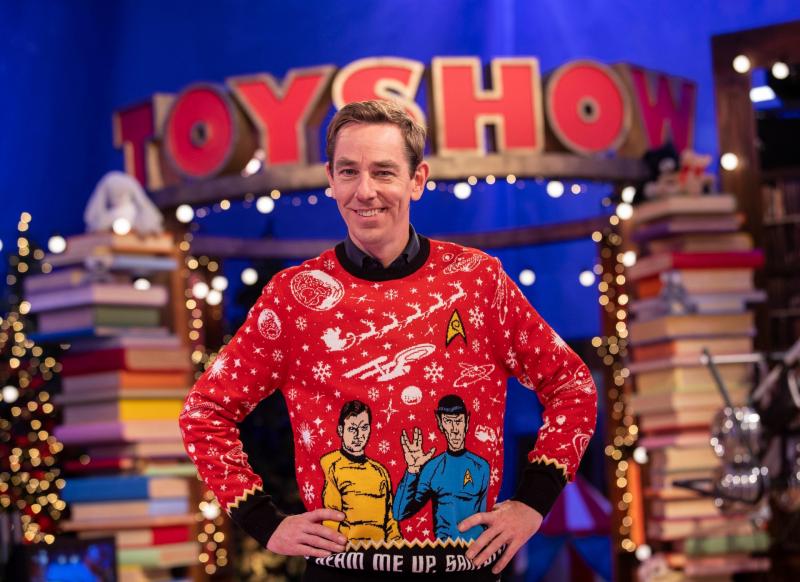 On Friday's The Late Late Toy Show, Ryan Tubridy will be launching a brand new RTÉ charity fund, in partnership with The Community Foundation for Ireland, to help support children’s charities and causes all around Ireland and spread the Toy Show magic across the year.

RTÉ Toy Show Appeal has been set up as a dedicated fund, with monies raised to be distributed by The Community Foundation for Ireland, a registered charity with extensive experience in strategic giving, and helping a wide range of charities.

“Every year on the Toy Show we are inspired by children across Ireland, with stories of hope, resilience and triumph over adversity. In this exceptional year, we have been moved by the generosity of the children of Ireland as they have looked out for one another and those less fortunate in their communities. Tonight on the Toy Show we launch this appeal to spread the Toy Show magic across the year to children who need it most," Ryan Tubridy said.

Viewers will be invited to donate to the RTÉ Toy Show Appeal online, which is live now or you can call 1800 111 800 from 9.30pm this Friday evening.

The Toy Show Appeal is just one small part of the show, which is themed The Wonderful World of Roald Dahl and will feature musical performances from children across Ireland and the world and a host of surprises.

Denise Charlton, chief executive of the Community Foundation for Ireland, said: “Children and young people have seen their lives up-ended during 2020 and for those who were already vulnerable Covid-19 has had serious impacts. The Community Foundation for Ireland is delighted to support organisations advocating for children’s rights. Our partnership with an Irish institution like the RTÉ Late Late Toy Show represents a great opportunity to ensure 2021 offers a brighter future for children in every community.”

RTÉ's director-general Dee Forbes added: "The unique and special magic of the Late Late Toy Show is needed this year more than ever. Right now, thousands of children and their families all over Ireland are living through a year of significant challenges and struggles. They need a bit more than the toy show magic alone can give, so that's why we're launching the RTÉ Toy Show Appeal to join with our viewers across the world to help make a real difference to the lives of children around the country. We hope this year's The Late Late Toy Show will be a show to remember for lots of great reasons, and will inspire people to help those most in need in the run-up to a Christmas like no other.”

The Late Late Toy Show will be broadcast live this Friday at 9.30pm on RTÉ One and will be available live and on-demand around the world on RTÉ Player.