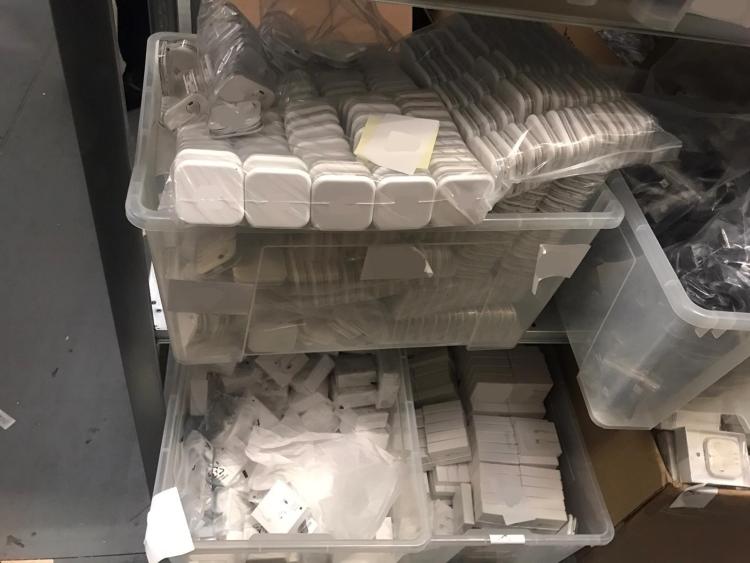 Gardaí have broken up a huge counterfeiting operation following the seizure of thousands of fake electronic products worth.

Following up on a related operation in September in Dublin, Waterford, Tipperary, Mayo and Laois, the latest Operation Bannister took place in Dublin on Tuesday, November 17.

"In the region of 15,000 items, believed to be counterfeit products were seized in the course of Operation Bannister, along with about 10,000 items of packaging bearing particular brand names.

"The estimated value of the products seized is yet to be established, however, it is estimated to have a potential street sale value of in the region of €300,000," said a statement.

The searches also led to about 10,000 items of packaging bearing particular brand names being confiscated. Gardaí say a significant quantity of counterfeit products, including earphones, USB plugs, phone chargers and game console controllers along with a vast amount of branded packaging was seized.  Hard drives, other electronic devices including mobile phones were also seized, along with relevant documentation.

Gardaí said the haul included the largest quantity of counterfeit property purporting to be a particular brand seized worldwide this year. The brand was not identified by Gardaí.

"The estimated value of the products seized is yet to be established, however, it is estimated to have a potential street sale value of in the region of €300,000," said a statement.

In the course of Operation Bannister, Gardaí say they searched two premises, including the place of residence of a suspect located in Dublin 3 and a business premises located in a Business Park, situated at Oak Close, Dublin, 12.

The Intellectual Property (IP) Crime Unit within the Garda National Bureau of Criminal Investigation (GNBCI) took charge of an operation involving personnel from within GNBCI and other Bureaus within Organised & Serious Crime, including the Garda National Immigration Bureau, the Garda Dog Unit and personnel attached to the Criminal Assets Bureau (CAB).

A statement said the operation was mounted to targeting criminal activity associated with the suspected sale of counterfeit electronic products of inferior quality. 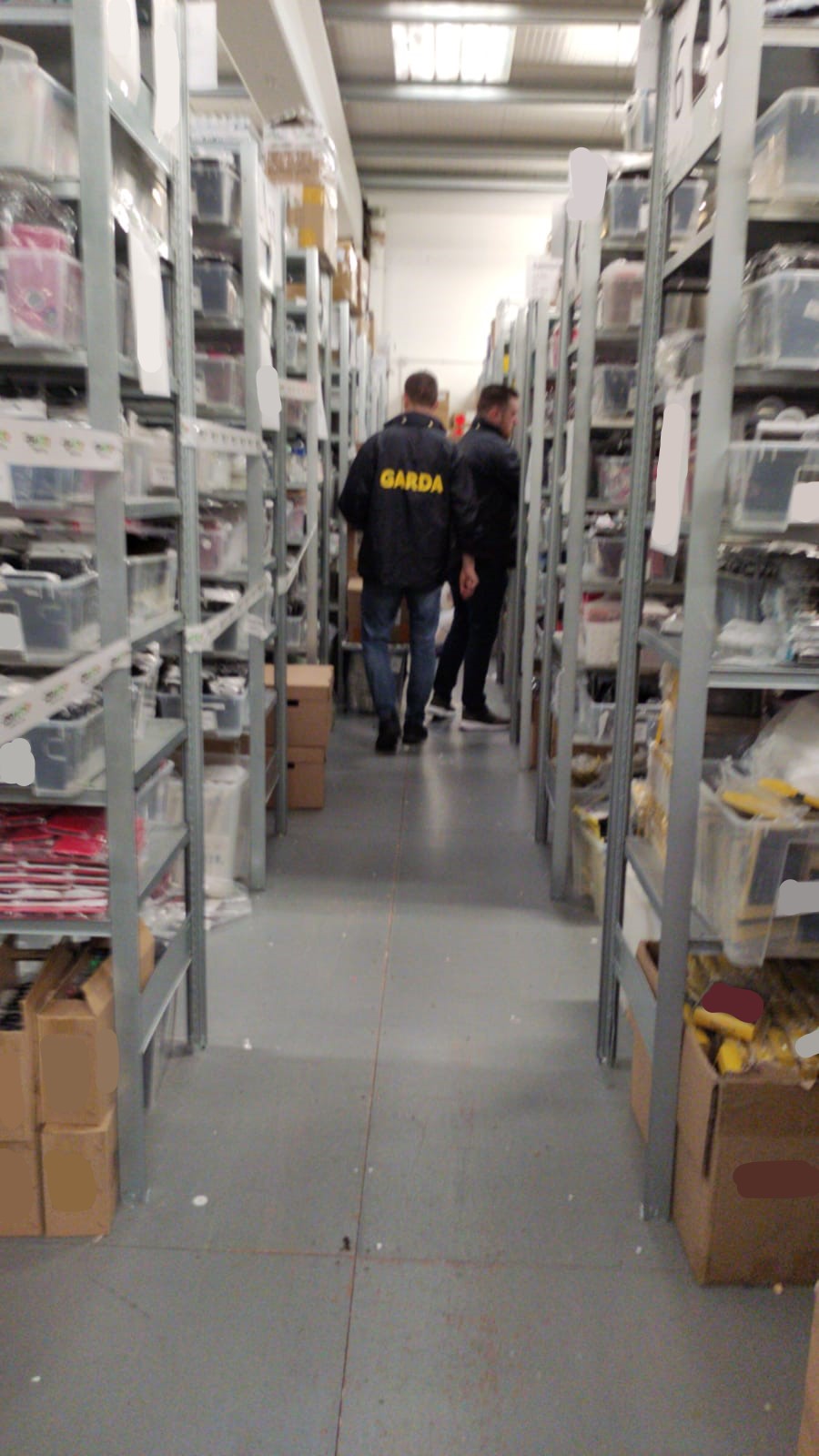 Gardaí say they engaged with other relevant stakeholders in planning operation. These included,   REACT – An organisation that brings together some 280 rights owners from across the world in the fight against the illegal trade in counterfeit goods.

Also involved were the Underwriters Laboratory (UL) – A global safety science company that test the latest products and technologies for safety before they are marketed around the world.

The police also worked with the Competition and Consumer Protection Commission (CCPC), which holds a dual mandate to enforce competition and consumer protection.

The operation was is carried out under Operation Aphrodite, a Europe-wide operation was coordinated through Europol recently.  Ireland, through the Garda Síochána, and GNBCI in particular and Italy, through the Italian Finance Corps (Guardia di Finanza) led out in the undertaking by over twenty (20) European countries of operational activity associated with Operation Aphrodite, targeting intellectual property (IP) rights infringement. 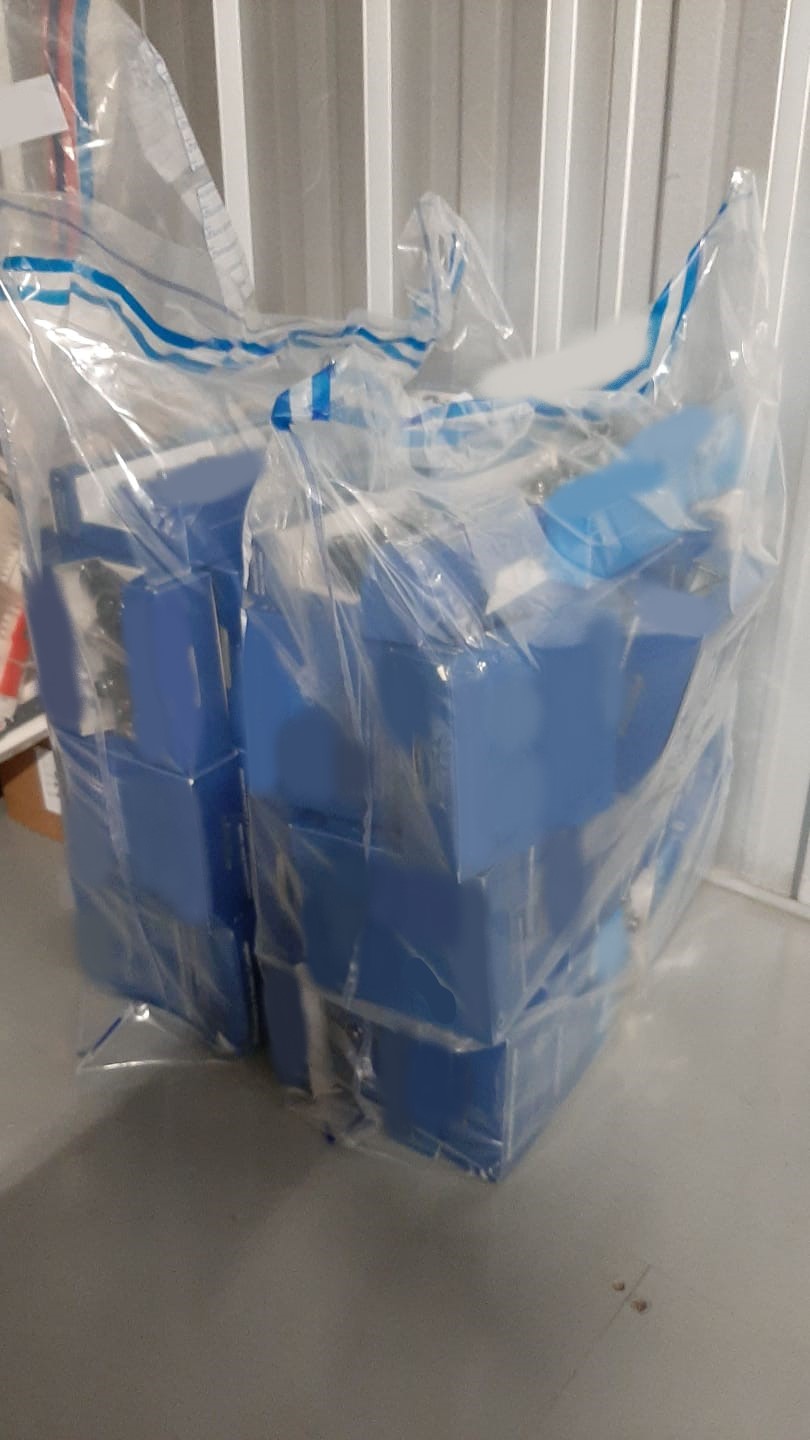 As part of this 14 individual investigations relating to the sale of counterfeit and copyrighted goods took place. The investigations were undertaken in Dublin, Waterford, Tipperary, Mayo and Laois. 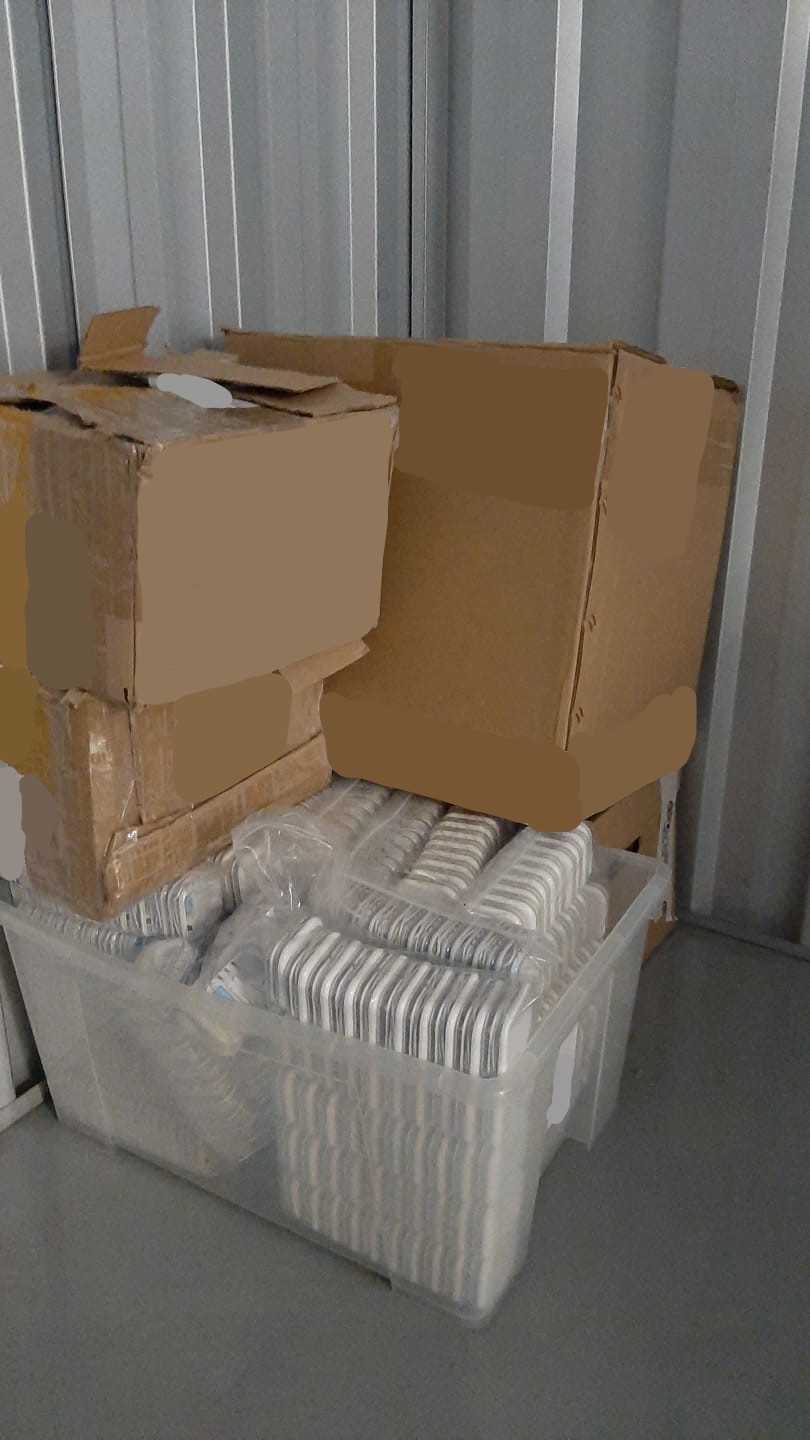