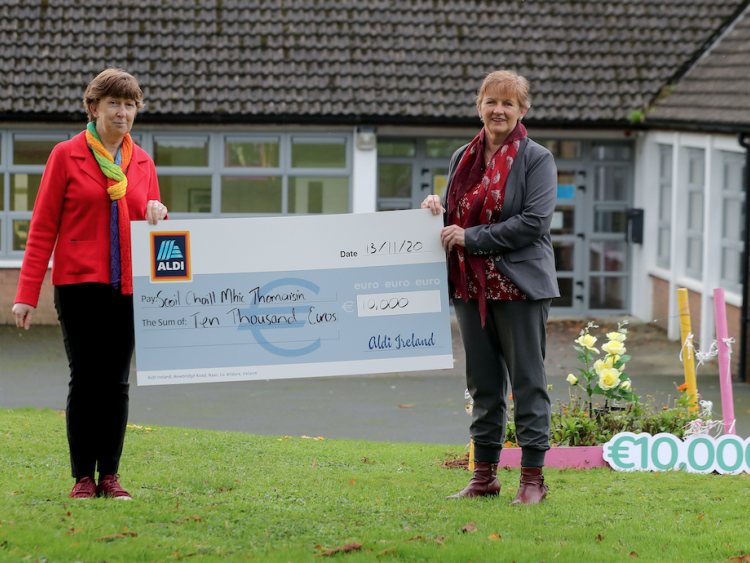 A Waterford school has won €10,000 in the Aldi Play Rugby sticker competition.

The competition, now in its third year, gave every primary school in the country the opportunity of winning one of two €50,000 sports facility makeovers by collecting Aldi Play Rugby stickers.

Shoppers could collect one sticker for every €30 spent in any of the 144 Aldi stores nationwide. After what has been a turbulent year across the country, this kind of prize for the winning schools couldn’t have come at a better time, with schools keen to keep sporting and wellbeing of children foremost in minds.

Scoil Choill Mhic Thomaisin, Rossmore, Kilmacthomas was one of 10 primary schools around the country to win a €10,000 donation towards its sports equipment and facilities.

Each primary school that submitted a valid poster will also receive an Aldi Play Rugby kit bag which includes rugby balls, water bottles and water bottle holders per completed poster. Due to the phenomenal success of the campaign, Aldi will be sending out thousands of kit bags to primary schools across the country.