Grand Prix wins for Irish riders in Portugal and Spain 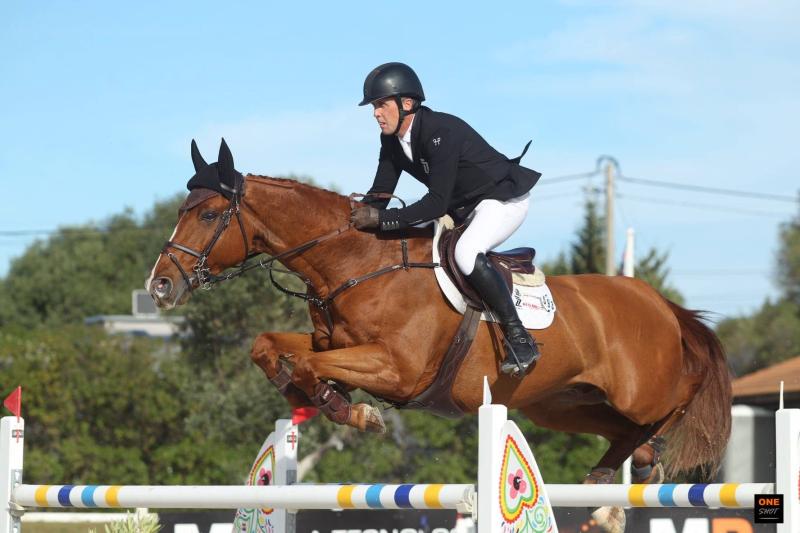 Irish riders landed a double of international Grand Prix wins on Sunday, with Tipperary’s Shane Breen leading the way after a brilliant performance at Vilamoura in Portugal on the 12-year-old gelding Z7 Ipswich.

Just six of the 60 starters managed to jump clear in the opening round, with Breen posting what proved the winning clear in 40.41 seconds in the second round jump-off to collect almost €13,000.

Portugal’s Luciana Diniz and Conchento PS finished as runners-up with the only other double clear of the competition.

Galway’s Michael Duffy looked set to take the win when last to go with Zilton Sl Z. They were ahead on the clock jumping the last fence, however, they knocked the final obstacle and had to settle for third place at the finish.

Meanwhile at Valencia in Spain, there was another Irish win as Kevin Gallagher and The Irish Sport Horse Ballypatrick Flamenco came out on top in the two-star Grand Prix. One of 11 combinations to make it into the jump-off, Gallagher and the 10-year-old gelding stopped the clock clear in 38.94 seconds to take the top prize of €6,350. Cian O’Connor also took fourth place for Ireland with the Ronnoco Jump-owned Cadiz after a double clear round.

Across the Atlantic, two Irish riders finished inside the top four in Saturday night’s $213,300 four-star National Horse Show Grand Prix in Lexington, Kentucky, USA. Limerick’s Paul O’Shea partnered Skara Glen’s Machu Picchu to the fastest round of the jump-off (33.71), with one fence down leaving them in third place at the finish.

Clare’s David Blake was next best of the Irish in fourth with Keoki after they also finished the jump-off with four faults in a time of 35.15.

Victory went to Devin Ryan (USA) aboard Eddie Blue after they crossed the line clear in 35.13, while the only other double clear came from Spencer Smith (USA) and Quibelle in 35.26.