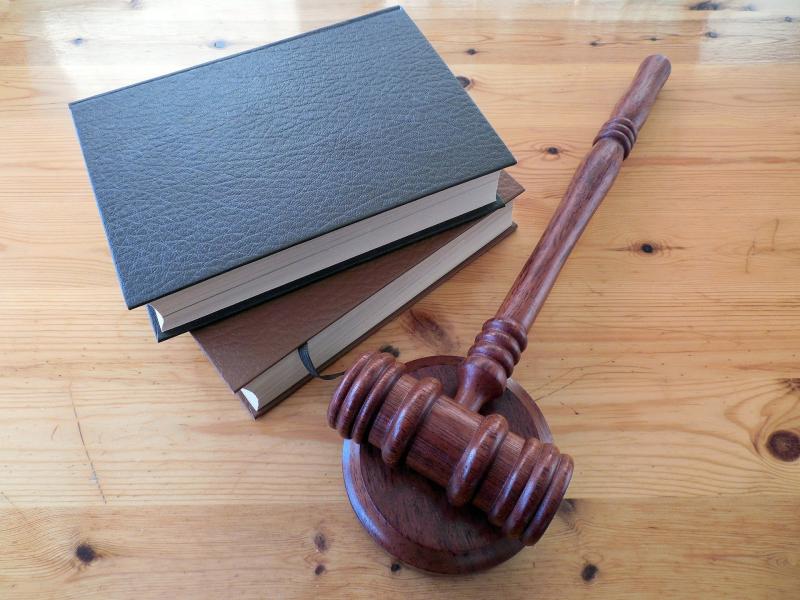 A man, who was jailed for eight years for the repeated rape and sexual abuse of his younger brother over a 10-year period, has failed in his appeal to have his sentence reduced.

John Murphy abused his brother for a decade, starting when his victim was ten. For the latter years, he carried out the abuse when his brother was asleep. All of the crimes took place in the family home in a Cork town between 1988 and 1997.

The victim, now in his 40s, waived his anonymity so that his abuser could be identified. He told the court that he had been on a long and horrendous journey.

“He imposed a life sentence on me,” he said of his abuser, adding that Murphy had taken advantage of a child's innocence to satisfy his own sexual desire.

Sentencing judge Mr Justice Micheal White said that Murphy had used his younger brother for sexual gratification and that this had a devastating impact on his victim. He described the breach of trust as fundamental, saying the brotherly relationship was “cruelly violated”.

Mr Justice White set a headline sentence of 13 years, which he reduced to ten in consideration of Murphy’s admissions and guilty pleas. He then suspended the last two years on condition that Murphy engage with psychological services, engage in victim-focused work while in custody and stay under Probation Service supervision for that period.

He also ordered Murphy to undergo assessment for a sex offender treatment programme.

His barrister, Mr Tom Creed SC, had submitted that the sentencing judge had erred in principle in putting the case into the more serious category, and that the headline sentence was excessive.

“There were two factors that I think the judge laid too much emphasis on,” he said.

He said that the judge had viewed the breach of trust as an aggravating factor.

“I have difficulty with the concept of a breach of trust between a 14-year-old and a ten-year-old,” he said, referring to the age difference between the brothers when the abuse began in 1988.

Counsel also noted that the judge had viewed the length of abuse, at ten years, as another aggravating factor.

Mr Creed pointed out that the complainant had initially reported the abuse as having lasted from 1988 to 1993. It was his client, he said, who had then disclosed that he had continued to abuse his brother while he was asleep from 1993 to 1997.

Mr Tim O’Leary SC, for the State, said that 10 years was a long period of time and that the judge was entitled to put this case into the more serious category. He said that the headline sentence of 13 years was appropriate and that there was no error in principle.

In a written judgement delivered on Monday, Ms Justice Úna Ní Raifeartaigh refused the appeal. In the Court of Appeal judgement, she quoted the probation report for Murphy, which assessed him as being of an average risk of sexual re-offending.

"The court had directed a probation report that noted that he had said that while he was also a child when committing some of the offences, he always knew his actions were wrong," said Ms Justice Ní Raifeartaigh.

The Court of Appeal judgement goes on to say that "sexual gratification superseded everything else" and that Murphy had said his primary reason for sexually abusing his brother was due to his confusion in relation to his own sexuality.

"The abuse continued for ten years and only ceased for a short period when he was contacted by the gardaí in relation to the sexual abuse of young boys in the neighbourhood," said the judgement.

Ms Justice Ní Raifeartaigh said that there were mitigating factors in the case, including Murphy's co-operation with gardaí, his admissions and his plea of guilty at the earliest opportunity.

"A central submission on behalf of the appellant was that he was only 14 when he had started offending and that the trial judge had insufficiently factored this in when choosing a headline sentence of 13 years.

"It was submitted that it was not appropriate to say that his offending involved a 'breach of trust' as such, unlike cases such as parent, step-parent or a significantly older sibling," said Ms Justice Ní Raifeartaigh.

The Court of Appeal judgement said that the appellant knew what he was doing was wrong and that even after a Garda visit to his home he resumed abusing his brother, who was "an easier target".

It added that the prolonged period during which he continued to abuse his brother showed that the passage of time had "no effect upon his attitude to offending".

The judgement said that by the time the abuse ended Murphy was 24 and that the abuse was regular and frequently involved oral rape.

"While the age differential is undoubtedly not the same as in the case of an adult, a period of four years between two brothers is not insignificant. The young child looks up and admires the older child; inevitably there is a power differential. The point is that there is an exploitation of a power differential within a family dynamic," said Ms Justice Ní Raifeartaigh.