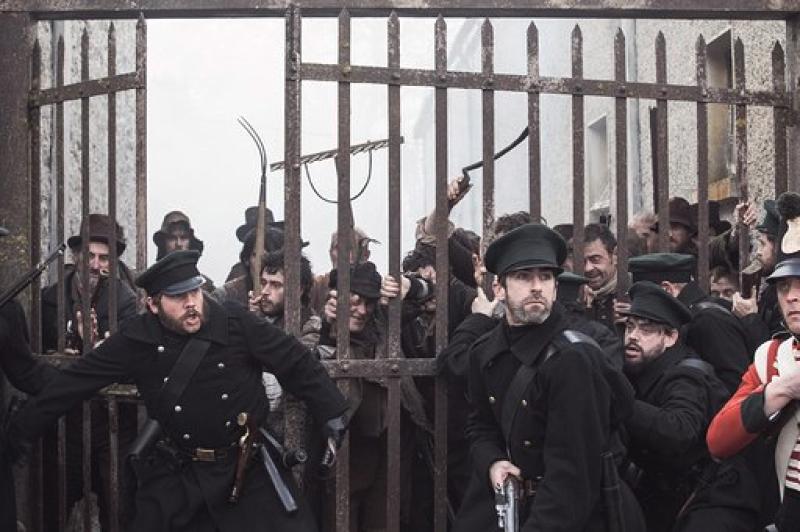 The world television premier of acclaimed Irish movie Black 47 will air on Virgin Media One this Friday at 9pm.

The highest grossing Irish movie of 2018 starring Stephen Rae, Barry Keoghan and Moe Dunford among others, Black 47 is a revenge thriller set in Ireland during the Great Famine in 1847 and addresses one of the darkest periods in Irish history.

The movie follows an Irish ranger who has been fighting for the British Army abroad but abandons his post to reunite with his family.

Despite been hardened by his time on the battlefield, he is shocked by the horror he discovers upon returning home. Feeney, the ranger (played by James Frecheville), finds his mother starved to death and his brother hanged by the brutal hand of the English. With little else to live for, he sets a destructive path to avenge his family.