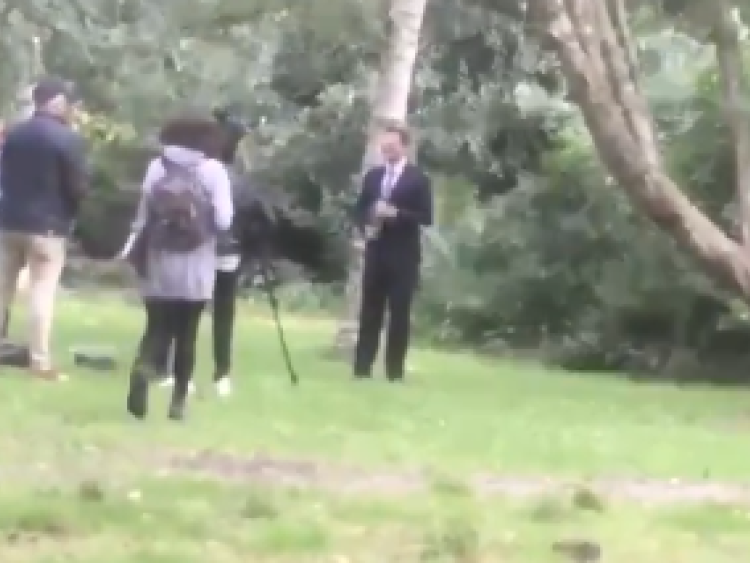 A woman throwing a drink into the face of Tanaiste Leo Varadkar's face as he filmed an interview in a park has been branded "disgusting" on social media this evening.

Jesus, this is a poxy thing to do, regardless of your political view. pic.twitter.com/f3cRpJ3xPV

The video was filmed in the capital and shows the young woman calmly approach the former Taoiseach before aggressively throwing a drink in his face.

The woman then fled the area.

The video has been posted a number of times of social media with former TD Noel Rock describing it as "a poxy thing to do, regardless of your political view."

Others have reacted with similar disgust.

That is assault. She and whoever was filming it (as it was clearly set that way) needs to be arrested and charged.

How people treat you is their karma. How you react is yours. She’ll be caught, convicted and when a potential employer Google’s her, this one action of hers is what he’ll see. She’s just ruined her life. That’s her Karma. Leo will be Taoiseach in less than two years. That’s his

She should be easy to identify with this footage so should be charged with assault. Must teach these people a harsh lesson as a strong deterrent to prevent other similar attacks.

Should be charged with assault. No one should have to put up with that.