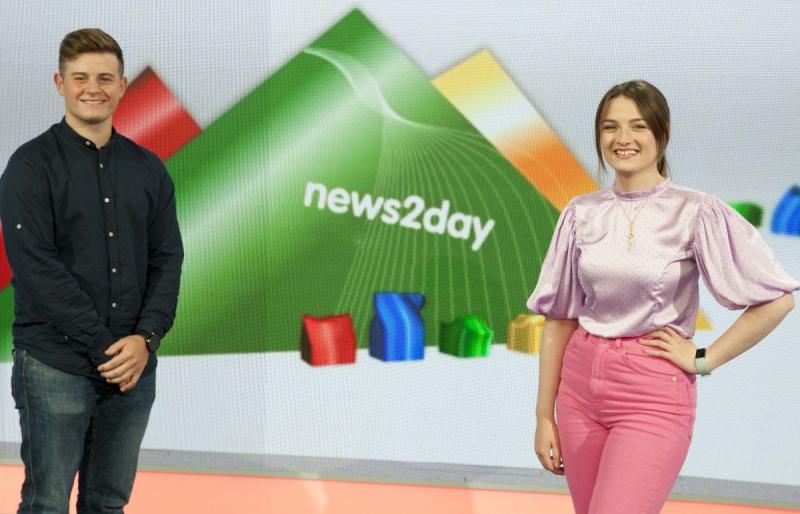 news2day is RTÉ’s news service designed specifically for children, featuring Irish and international news of interest to a young audience.

This autumn, first time television presenter Mícheál Ó Scannáil from Castletown in County Wexford is the newest addition to the news2day team. Following a call out to media and journalism graduates across the country, and a comprehensive audition process, Mícheál was chosen to join the team and began broadcasting live this week on RTÉ2 and RTÉ News.

Mícheál Ó Scannáil comes to news2day from INM, where he spent two years reporting for the Irish Independent, Independent.ie and the Herald. Prior to that, the Wexford native earned a degree in Journalism from DCU and subsequently a Masters in TV and Radio Journalism from Griffith College.

The 24-year-old, who lives between Gorey and Arklow, attended Gaelscoil an Inbhir Mhóir and Gorey Community School. Mícheál has also worked on GAA podcasts for SportsJoe.ie and has a big interest in all sports, playing GAA for Castletown Liam Mellows and rugby for Arklow. The Gaeilgeoir also has a keen interest in politics. He looks forward to his three nephews watching him present news2day.

Mícheál joins current news2day presenter Aisling Moloney, who is from Dungarvan in County Waterford. She studied journalism and new media at University of Limerick. During her time in university, she worked for The Daily Mail newspaper in London and also studied at an Australian university, where she had the opportunity to travel all over Western Australia. After finishing her degree, Aisling worked with Limerick’s Live 95FM and The Sunday Business Post.

news2day is broadcast Monday to Friday at 4.20pm on RTÉ2 and RTÉ News. In addition to young viewers tuning in at home, it is also watched online in many classrooms throughout the country and used as a teaching tool.