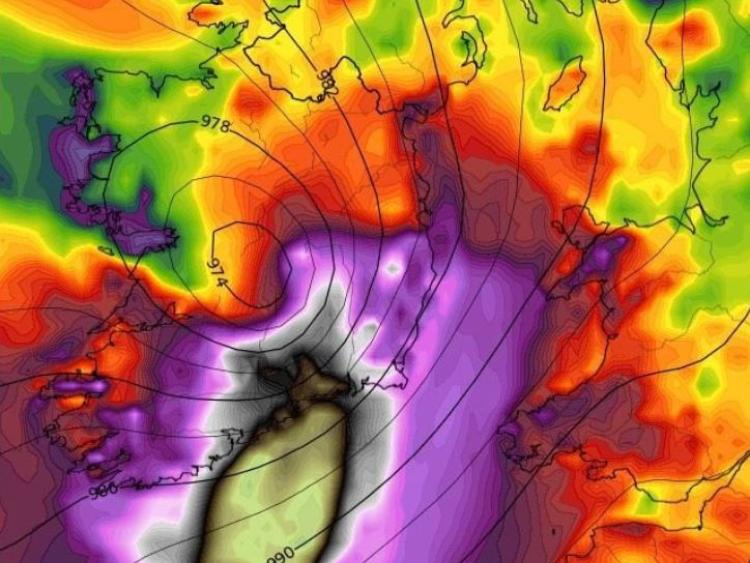 The south, south east and south midlands will get the brunt of the strong winds the Irish Weather Channel said winds may reach between 130-150 km/h after midnight across Kildare, Laois, Offaly and Dublin.

Met Eireann has already issued an Orange Warning for Galway, Mayo, Clare, Cork, Kerry, Limerick and Waterford - but this may be upgraded to Red later.
Kildare and the rest of the country is under a Yellow Warning.

A Red Warning is usually issued for severe weather events like Storm Emma and the Beast from the East which blanked the country in snow in February/March 2018 and Storm Ophelia in 2017 which was the worst Atlantic storm in 50 years.

According to Met Eireann's website, a Status Red Severe Weather Warning is rarely issued but when it is, people in the areas expected to be affected should take action to protect themselves and/or their properties.

Cathal Nolan of Ireland's Weather Channel said: "Violent winds are expected to make landfall on the south coast around midnight tonight before transferring countrywide for a time before easing during tomorrow morning. 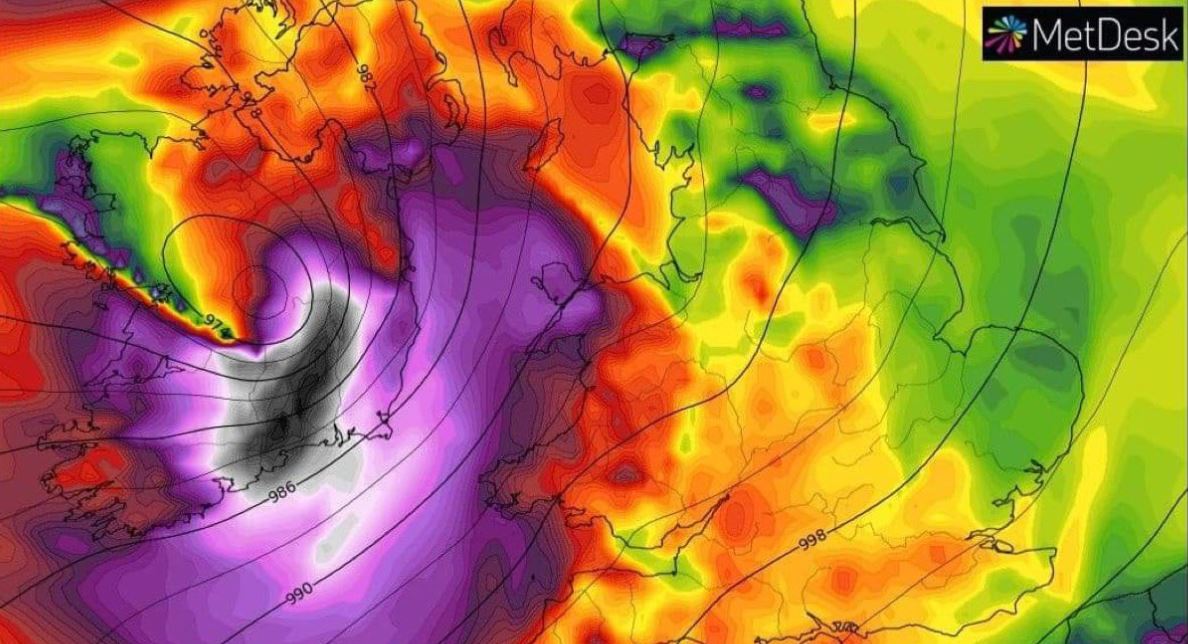 The strongest winds associated with Storm Ellen will affect Cork, Waterford and Wexford where winds near coastal areas could well gust up to 185 km/h.

Cathal added: "Further inland across counties Limerick, Tipperary, Kilkenny, Carlow, Laois, Offaly, Kildare and Dublin winds may reach between 130-150 km/h for a time. Across the rest of the country winds will generally reach between 100-110 km/h. Such violent winds are likely to have significant consequences."

People camping or caravanning along the south or southwest coast must be vigilant.

Met Eireann said Storm Ellen will track over Ireland on Wednesday night and during Thursday bringing a period of severe and potentially damaging winds.

It added that associated heavy rain will also bring a risk of flooding.

Due to the combination of storm surge, spring tides and onshore winds there is a potential risk of coastal flooding.

A Status Yellow Wind Warning for Kildare and the rest of Ireland is in place from 9pm tonight for all day tomorrow.

Met Eireann said: "Due to the combination of storm surge, spring tides and onshore winds there is a potential risk of coastal flooding."

Prof Peter O'Donnell of Irish Weather Online said: "The most reliable guidance suggests a direct hit on the south coast with the centre moving north through the midlands into Ulster.