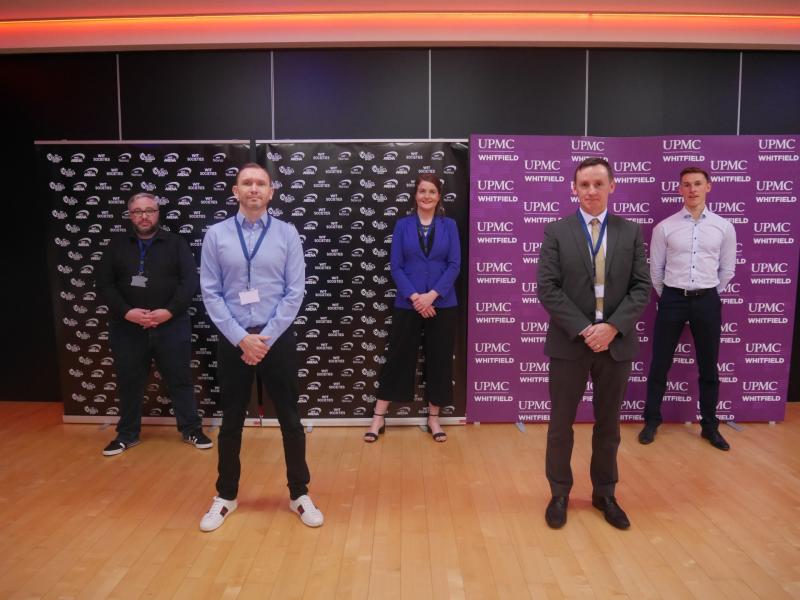 Launch of the Esports scholarship at WIT Arena

Waterford Institute of Technology (WIT) is the first third-level institute in Ireland to launch an esports scholarship.

The WIT Vikings Esports Scholarship, which was developed by WIT’s sport brand WIT Vikings Sport in conjunction with sponsors UPMC Ireland, is sponsored by ArcLabs, WIT’s research and innovation hub.

Esports is one of the fastest growing sports in the world with over 2.5 billion active gamers globally. Esports is at the early stages in Ireland, however, it is growing with 700,000 regular gamers. It is a huge phenomenon worldwide with college scholarships, recruitment of players, professional players and is becoming a thriving industry for employment.

This new scholarship is available to new and existing students at the institute under the following categories Elite, Esports and Emerging Talent with criteria provided by Ireland Esports and Collegiate Esports Ireland. The five main titles included in the WIT Vikings Esports Scholarship offering are: League of Legends, Valorant, Counter Strike, Rocket League and Fifa ’20.

At the scholarship launch in WIT Arena, head of WIT Vikings Sport John Windle said: “We are delighted to lead the way in the Irish third-level sector providing recognition for high performing esport players.

“My goal is to provide a community in WIT Vikings Sport for all students, both present and future, who play esports to have the opportunity to receive the same supports and recognition that is given to current sports teams."

ArcLabs Research and Innovation Centre manager Aisling O’Neill described the partnership with WIT Vikings Sport as a very exciting project that is an ideal fit. She went on to say that “we at ArcLabs are committed to innovation and to being at the forefront of idea generation so we are delighted to be support this very new and rapidly growing area of sport.”

Whilst there is debate about the categorising of esports as a sport, Ireland Esports director Darragh Cunningham clarified this point: “Esports provides an opportunity for students to connect, engage and make friends. The skill level, commitment and consistency of effort from esports athletes matched and at times exceeded that of what I have seen across other sports. I commend the team at WIT Vikings Sport for their foresight and commitment to the world of esports."