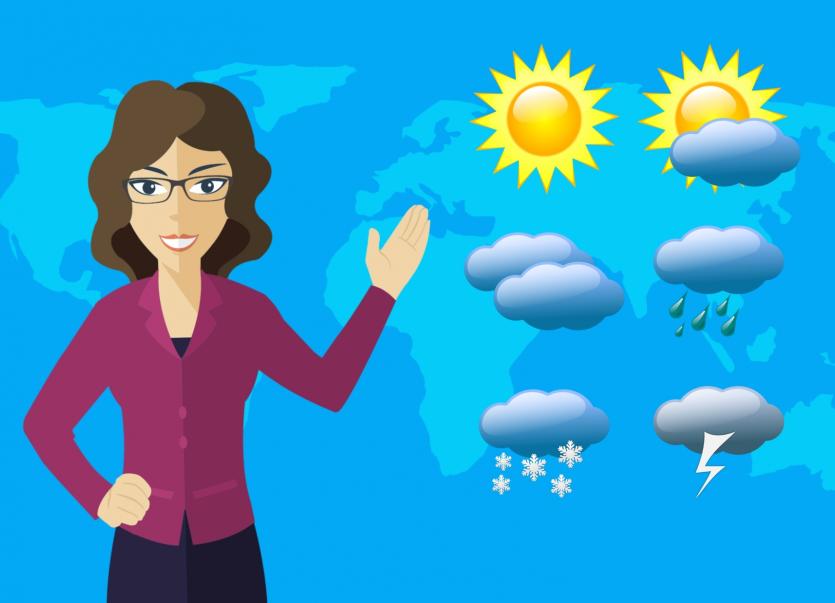 What can we expect this week

A week of mild, humid and showery weather could culminate in a return of high temperatures especially in the Midlands next weekend, according to early the Met Éireann forecast.

Rain was 300% above normal in some parts above the country in the past week and amounts for the coming seven days are expected to be well above average for most areas. Met Éireann's farming forecast says that more than twice the average rainfall is forecast to fall for parts of the midlands and northwest. It will be drier in eastern areas where below average rainfall totals are expected.

It says temperatures for the coming week will be slightly above average for much of the country.

It adds that with unsettled conditions continuing for the next few days, sunshine amounts are likely to be below average in most places. More below tweet.

Here is our 7 day Atlantic Chart, showing the pressure and precipitation forecast in 6 hour intervals.https://t.co/9Giuj4CR5mhttps://t.co/9gKN6SVok4 pic.twitter.com/DnazYSqBpu

Met Éireann says Monday will be mild, humid and mostly cloudy with outbreaks of rain which will be heaviest in Connacht and Ulster during the afternoon and evening. There will be some dry intervals too, the best of these in Leinster and east Munster. Highest temperatures of 16 to 19 degrees with fresh and gusty southerly winds.

Monday night will be very mild and humid with rain in many areas. Lowest temperatures of 12 to 16 degrees.

Met Éireann expects Wednesday to continue mostly cloudy over the eastern half of the country with further outbreaks of rain. It will be drier and brighter further west. The rain in the east will gradually clear later in the day. Highest temperatures of 17 to 21 degrees with light variable breezes. It says Wednesday night will be a bit cooler with lows of 8 to 12 degrees.

The forecaster predicts that Thursday will be warm and dry with sunny spells. Highest temperatures of 17 to 23 degrees, warmest in Leinster and east Munster with light breezes.

At the moment, Met Éireann says it looks like Friday will start off dry in the western half of the country, but a band of heavy showers will move in over the east and is likely to persist throughout the day, moving into the midlands and north-west throughout the afternoon. Highest temperatures of 16 to 19 degrees in the west and 19 to 23 degrees for the midlands and east.

However, current indications suggest that next weekend will bring a fair amount of dry weather, but with some showers along Atlantic coasts.