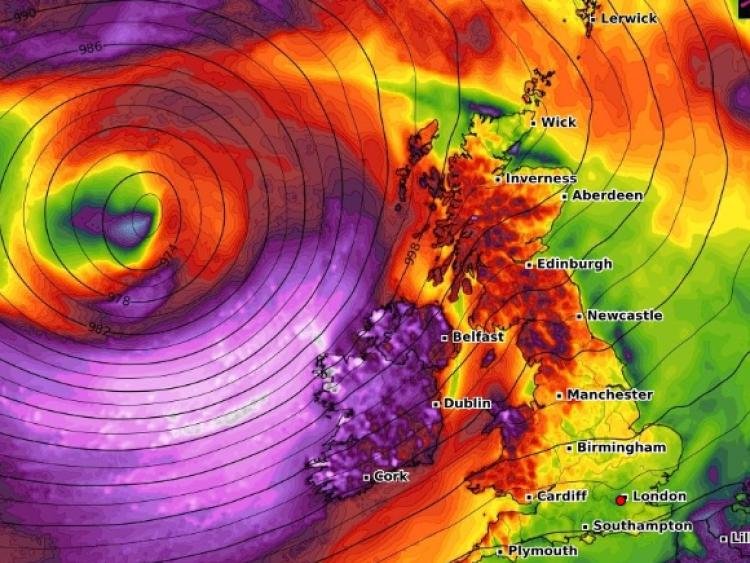 A forecaster is warning of 'an unseasonably deep Atlantic storm depression' that will pass to the northwest of Ireland through Thursday night and first half of Friday.

Forecaster Cathal Nolan from Ireland's Weather Channel is warning that the system will bring Gale to Strong Gale Force 9 winds along the west coast adding that there is a slight risk of Storm Force winds developing for a time on coastal fringes of Galway, Mayo and Donegal.

In a Post on the Ireland's Weather Channel's Facebook page, Cathal states, "wind gusts of up to 120-125 km/h are possible in some exposed locations, though maximum winds more generally reaching up to 100-110 km/h. Winds will remain fresh to strong, but lighter in other parts of the country. Some minor disruption to power services is possible in Atlantic coastal areas."

The forecaster is also warning of the potential for thunderstorms in some areas tonight. See more details in the post.

ALERT: Popular burger buns pulled from shelves across Ireland due to pesticides