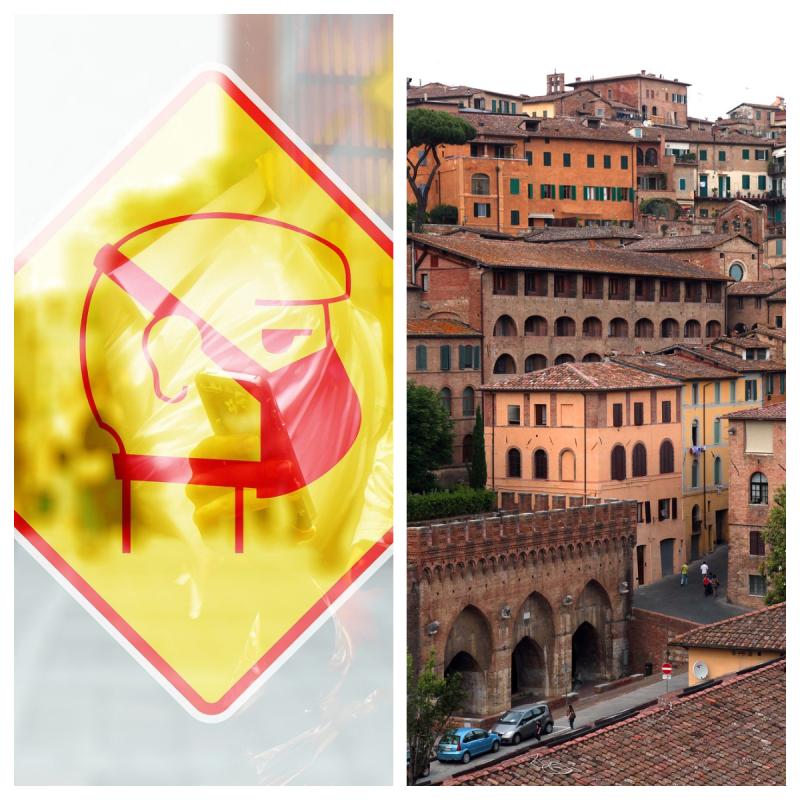 The Waterford student was based in Siena, Italy

A number of Waterford-based college students have been asked to self-isolate as a result of the coronavirus (Covid-19) outbreak, with many of those on Erasmus programmes in foreign countries stranded abroad for the foreseeable future.

Students from both the west of the county and city areas have returned home safely from Italy, France and Spain among others, with many being asked to self- isolate as a precautionary measure to stop the spread of the virus.

With all colleges and schools closed in Ireland until March 29 at least, many have decided to stay put with concerns over the use of public transport among other measures. Many based abroad have travelled home in time to avoid isolationist measures, and have been told that their studies overseas are completed and that they will sit their exams in the respective universities in Ireland.

With Spain having placed a travel ban, many who had intended to come home in the forthcoming days had been dealt a blow, and advised to stay put and minimise travel, with the death toll in the country on an upward peak. Plans were put in place over the weekend which allowed the students to travel home on Monday with a view to a 14-day isolation period, but for some students across Europe, the lockdowns have put measures in place which mean they will be forced to remain overseas until the pandemic is somewhat contained.

Speaking with one student who had been on Erasmus in Italy, as part of an exchange programme with University College Cork, the student mentioned how she has been forced to self-isolate for 14 days as she returned to Waterford on March 11 with the help from the Irish Embassy.

The Languages student, who was based in Siena, near to the badly affected northern region of Italy, detailed the stressful experience of returning to Ireland, as well as the situation on the ground in the country she had called home for the past few months.

“Travel wise, getting home was OK. However, there were complications with the lockdown. Afterwards, it was considered illegal to attempt to leave the country. Anyone doing so risked a three month jail-term. I was lucky enough to book flights before the lockdown but afterwards they surged from €25 to over €200 in a matter of hours,” she said.

The West Waterford student was all set to travel home on March 11, but this was the day after the Italian authorities had placed the country under quarantine and a strict rule set regarding travel and freedom of movement.

“At that point, my friends and I got a bit worried and stress was creeping in so we decided that we’d contact the Irish Embassy for advice. Thankfully, they helped us out and allowed us to get declaration forms to travel. We needed these as we weren’t Italian citizens.”

Just as things were seemingly moving forward, the students were met with another stumbling block as they attempted to travel to Rome Airport, with their bus being cancelled moments before departure, leaving them with little options and a flight to catch in a matter of hours. After some panicked searching, they found a train that was travelling from Siena to the Italian capital.

“When attempting to leave Siena, we were stopped by undercover police and told not to leave, but showed our declarations and were let through eventually. Almost every train station we passed through en route to Rome was empty, with everyone having to wear masks and keep one-metre distance from one another.”

Concern was immediately expressed upon their arrival in Ireland, as despite arriving from northern Italy, there were no checks conducted in the airport. As the student was due to be collected by her father, she contacted the HSE to ask what measures to abide by in order to reduce the possibility of transmitting any potential virus.

“We weren’t checked whatsoever. Not even a temperature check. We couldn’t believe it,” she said.

“I got my dad to collect me as it would be putting others at risk travelling by bus. After I landed, I had to go straight to his car - wearing a mask and gloves to prevent spreading if I was carrying anything unknowingly. I had to sit in the back and keep as much distance from him as possible, and we had to have the windows open the whole way down from Dublin to Waterford.”

Now having returned home, the 21-year-old was then tasked with beginning the isolation process. Despite having not seen members of her family for months, she could not as much as greet them - it was straight up the stairs to her room for 14 days.

“Isolation means zero social contact. Dad’s also isolating as a precautionary measure. He’s working at home at present, given we were in a confined space together (the car).”

While glad to be home, the experience had left a mark. Drawing comparisons to the early situation in Italy and the current climate in Ireland, there were a number of notable similarities. Having grown particularly attached to the city of Siena and the Italian people, there were feelings of sadness and despair evident at what had unfolded.

“Around the days I left, everything was just so bleak. I can’t stress enough how depressing it was. It was really sad to witness the situation first-hand but also worthwhile to know the seriousness of the virus. My friends and I, we’d have loved to stick it out and stay but it just became too much in the end. Streets completely empty, people scared of their lives to leave their houses, it was hard to believe this was really happening.

“It’s scary over there - 10 to 15 people maximum allowed in a shop at the one time, all public places closed at 6pm and no one allowed to leave their house afterwards or risk prosecution. We had sat together in a piazza and were told to sit further apart or be fined €200 given social distancing laws.”

Having had time to draw on her experiences, the student issued a warning for people in Ireland to wake up and begin to address the situation with more seriousness. “This all happened within a week or so of the virus hitting the country. No one realised how bad it was until it got too late. Ireland is definitely going to go down the same path, after witnessing how it unfolded over there. Before we knew it, it wasn’t safe at all.

“The Italian people were great, no panic buying or anything like that. The difference to how they’ve dealt with it in comparison to the Irish is crazy,” she added.