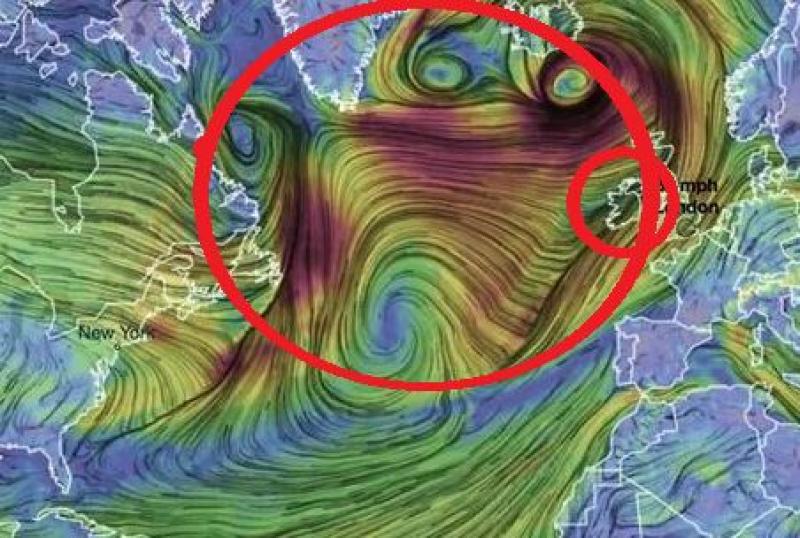 Cathal Nolan from Ireland's Weather Channel has issued a severe weather advisory for a deepening area of low pressure, likely to be named Storm Ellen, heading towards Ireland.

"The latest weather models indicate that a deepening area of low pressure will bring stormy conditions for a time across the north and northwest of the country during Monday, with a risk of damaging winds in this area. The storm system is likely to be named Storm Ellen as Orange/Amber weather warnings seem likely in parts of Ulster, North Connacht or through Scotland," Cathal warned.

"Heavy rain will also be a feature of our weather over the coming days, with some heavy falls of rain likely to accumulate today, the early hours of Sunday and again on Sunday night into Monday. This will add to the already worsening flood situation across parts of the country, especially so through the Midlands, West and Northwest of the country.

"Once the storm system clears away on Monday a much colder airmass is likely to follow, with frequent heavy snow showers developing through Monday night into Tuesday and persisting through Wednesday. Accumulations of snow are likely in many parts of Ulster, Connacht, West Munster and parts of the Midlands, especially so over inland areas and on higher ground. Some disruption is possible, especially on elevated routes," he concluded.