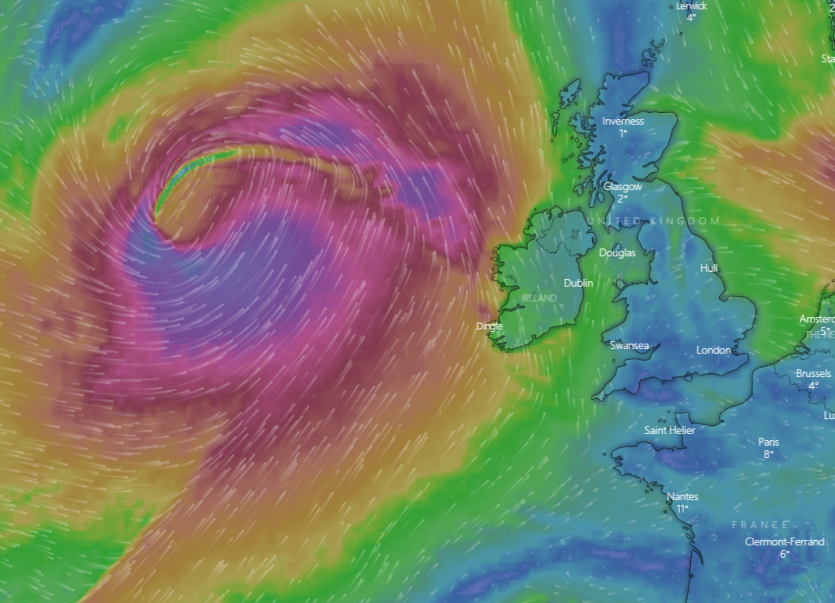 Regional weather forecaster Cathal Nolan from Ireland's Weather Channel has said a weather system which is yet to be named 'Storm Ellen' could impact Ireland late on Sunday night.

Looking to the next few days, Cathal said: "We certainly have a busy forecasting period ahead of us over the course of the next ten days, with everything from floods, to another storm risk possibly on Sunday night into Monday, and even the risk of some snow on the way as we go through much of next week.

"It's a fine start for many today [Thursday] after another day of heavy and persistent rain yesterday with over 35 mm of rain in some parts of the west and northwest. Flooding remains the primary concern at the moment and unfortunately, there is more rain on the way through the rest of this week.

"That rain on Sunday evening is from what could well turn out to be Storm Ellen. Originally this storm system was expected to cause few impacts as its original track was further to the northwest, but more recent models now push this area of low pressure much closer to Ireland and the UK," Cathal warned.

"As this system clears away on Monday a very cold northwesterly airflow develops across Ireland having originated from the Canadian Arctic and Greenland. This airmass looks set to see a significant drop in temperatures from Tuesday onward, with a risk of some falls of snow in places," he concluded.