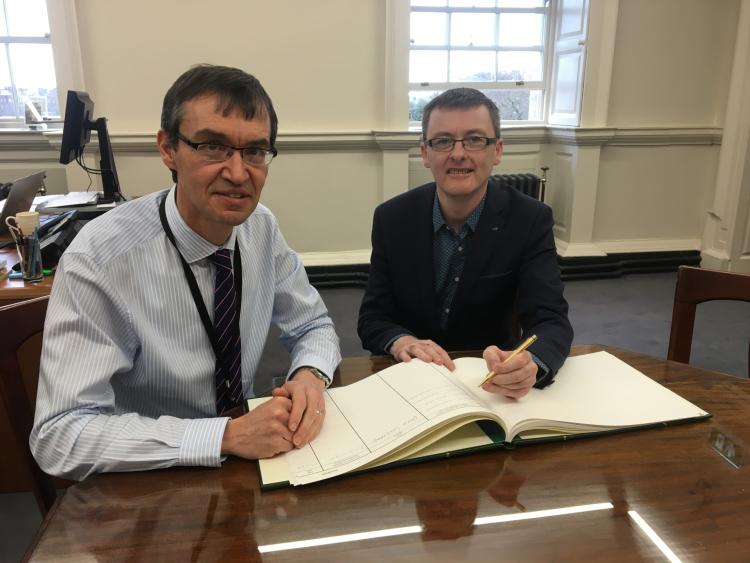 Sinn Féin TD David Cullinane has today signed the roll and formally accepted his seat as a TD for the Waterford constituency.

Deputy Cullinane, who is now part of the Sinn Féin negotiating team, will start his work on preparing for Government and delivering change.

This follows a media storm around the poll-topper after he chanted 'Up the Ra' during a victory speech in a pub in Waterford on Sunday night.

Speaking today Deputy Cullinane said: “I am delighted and humbled to have got the vote I received from the people of Waterford. Today I formally signed the roll and will take my place as a TD for the Waterford constituency.

"As a member of the Sinn Féin negotiating team, the hard work starts now. I will be meeting as part of the team later and will do all I can to deliver real change for the people of Waterford and people across the island. It is time to translate hope and goodwill into positive change.”