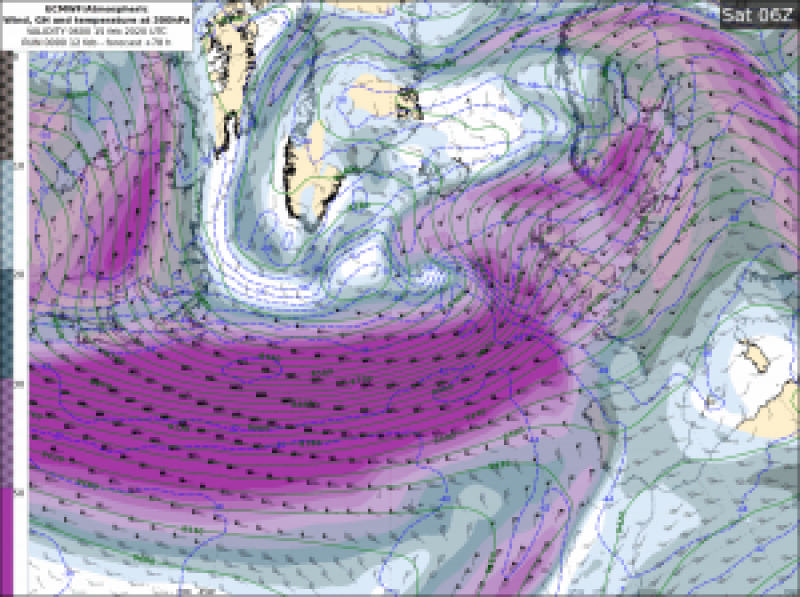 Cathal Nolan has given an update on the threat of Storm Dennis hitting Ireland this weekend.

"The latest guidance continues to indicate that Storm Dennis will have significant impacts for many parts of the country over the weekend, with the greatest impacts being from heavy precipitation leading to river flooding, and coastal flooding due to phenomenal sea swells and large onshore wave activity," the Irish Weather Channel forecaster said.

"Wind speeds over land will be strong enough for orange weather alerts to be issued, especially so on Sunday and into Monday, when maximum gusts in Atlantic coastal counties are likely to reach up to 130km/h, with winds further inland typically reaching between 100-110km/h.

"Sea swells are likely to reach up to 16 or 17 metres in height, which accompanied by very low pressure and storm-force winds will lead to a significant risk of coastal flooding. The highest risk is along the northwest and western coastlines. Marine weather warnings are also likely to be issued closer to the time.

"Heavy rain during Saturday and Sunday, in particular, will lead to further flooding problems across many parts of the country where river levels are already very high. Rainfall totals in some areas over the weekend may reach a combined total of 40-50mm. Precipitation warnings are also likely," Cathal added.