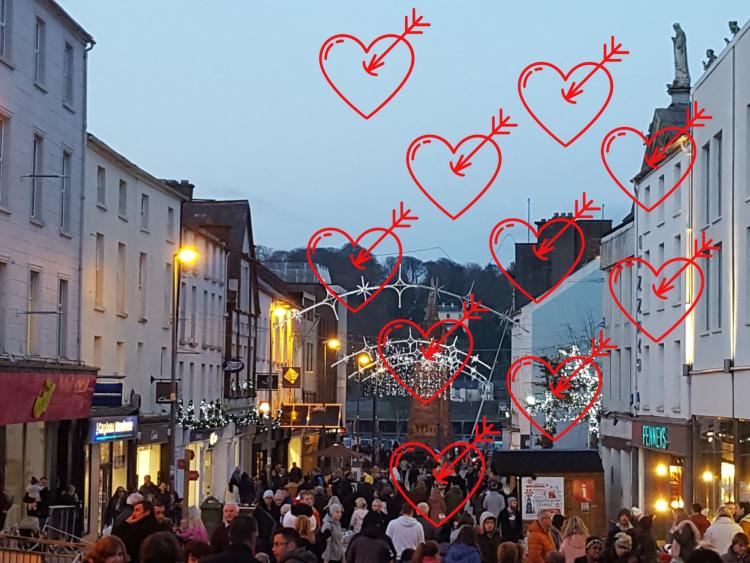 Waterford ranked as one of the most romantic places in Ireland

As Valentine's Day fast approaches, Waterford has remarkably weighed in at second out of 22 large urban towns/cities in Ireland when it comes to romantic interest, according to data newly published by international e-commerce platform Picodi.

Their analysis team decided to check the statistics of “romantic” queries on the internet in 22 largest towns and cities to rank the most romantic places in Ireland. The 22 cities and towns considered in the report were chosen by the size of the population (more than 20,000 residents). 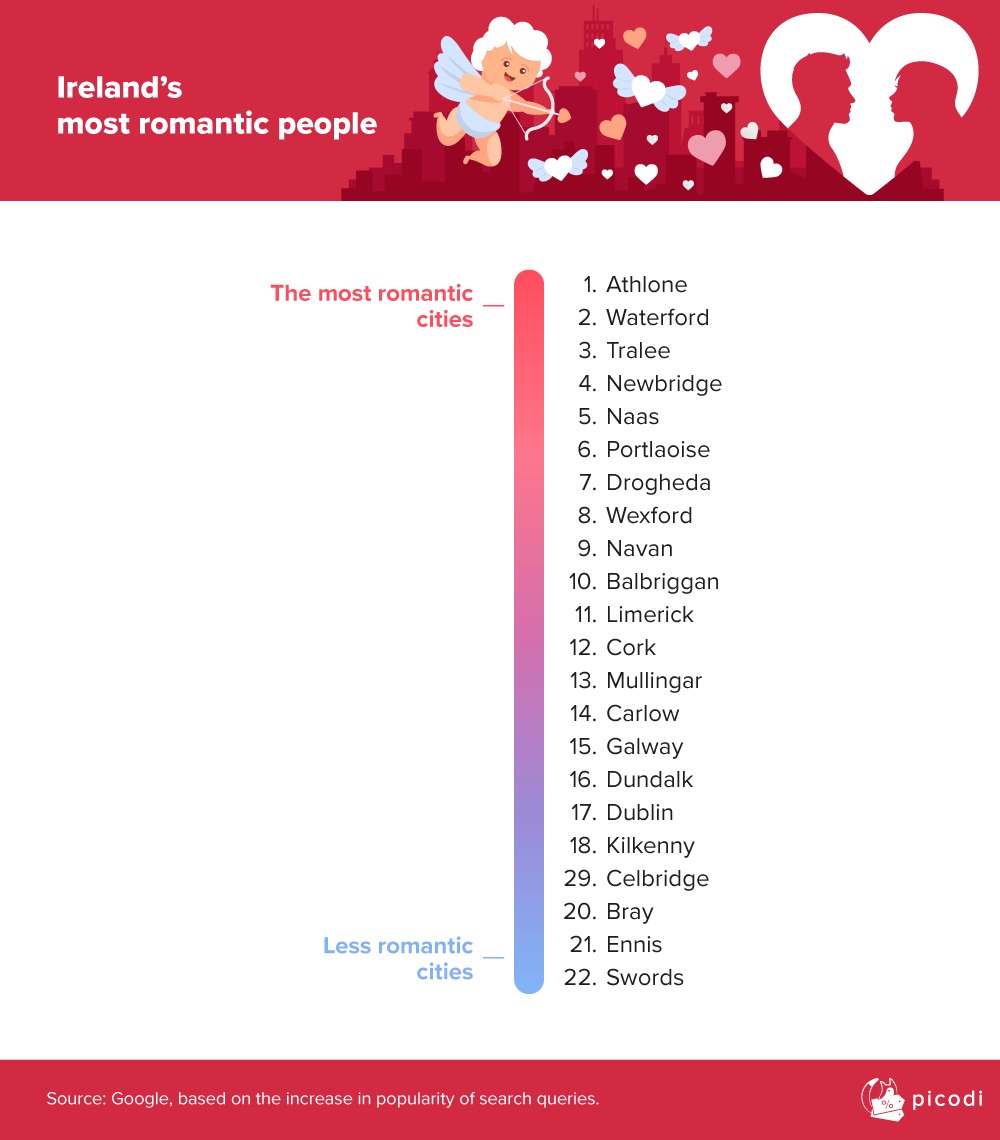 The queries list consisted of terms like “Valentine’s Day”, “love confession”, “flowers”, “love”, and others which would associate with Valentine’s Day. During the period before Valentine’s Day, the frequency of searching these queries increases in the whole of Ireland. However, in some places, the interest in making a pleasant surprise to the significant other increases more, and in some — notably less.

Apparently, it seems the most romantic Irish people live in Athlone, Waterford, and Tralee if you look at Google’s figures. In these places, the increase in popularity of queries connected to Valentine’s Day was the highest. Residents of Athlone, living in the heart of the country, seem to have a soft spot in their hearts for romance.

Among all places, the lowest interest in Valentine’s Day and all connected to it was noted among residents of Swords (22nd place).