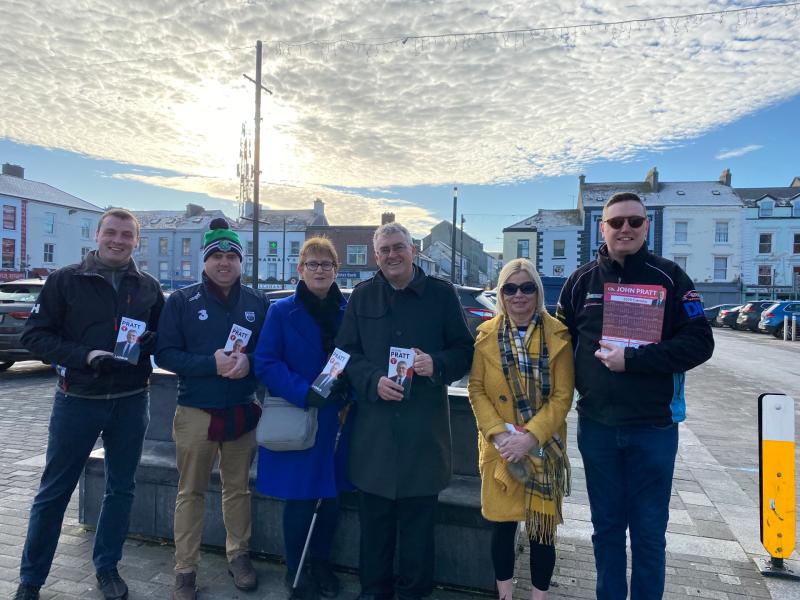 Labour general election candidate and Mayor of Waterford City and County Council, John Pratt, has appealed to voters to consider "real change," as they cast their vote this weekend.

Cllr Pratt has pointed to the fact that the four-seat Waterford constituency will elect at least two new TDs to this Dáil and is asking people to put their trust in him as one.

"The status quo is not working. This country is in crisis and Waterford has been neglected more than most by the mainstream parties. They’re hoping you haven’t noticed or that you’ll give them another chance! But they are out of ideas, out of touch, and out of time," he said.

"We can’t afford any more of their failed policies. Older people are suffering on hospital trolleys. 24/7 cardiac care still hasn’t been delivered. Families are struggling to pay for housing and childcare. Waterford is still waiting for a University. We need change.

"As an experienced councillor and Mayor, I help people overcome problems every day. I am in politics to change people's lives for the better. I help people on a daily basis with their housing, health and education needs. I have supported numerous groups to secure funding for projects and have delivered infrastructural upgrades in local towns and villages. With this proven track record, I hope now to deliver at a national level."

"Labour wants to build homes, fix health and provide better pay and job security. Labour is committed to a fair start for every child, better work-life balance and to socially just climate policies that benefit everyone, not just the wealthy. Our manifesto, Building an Equal Society sets out how we are going to do this.

"That is why it is so important for you to vote Labour on February 8. Let’s end the waste of public money, build homes and fix health. If the people of Waterford are seeking an authentic, honest, hard worker to represent them, I ask them to consider me for their vote on election day."