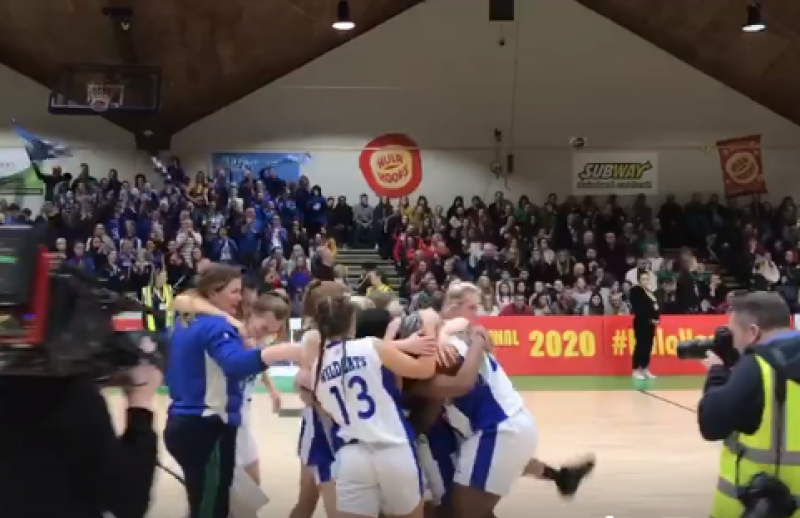 Waterford Wildcats were crowned Hula Hoops U20 Women’s National Cup champions at the National Basketball Arena in Tallaght at the weekend as they won out 85-76 over UU Tigers.

There were stunning displays from MVP Debbie Ogayemi, Abby Flynn and Kate Hickey.

Towering performances from the three underage international stars saw Ogayemi finish the game out with 17 points and an incredible 26 rebounds while Hickey was hot from behind the arc connecting on four out of nine three-point attempts on her way to a game-high 26 points and 10 rebounds, while Flynn finished out with 19 points, nine rebounds and 10 assists.

Alex Mulligan was in fine form for the Tigers at the other end, with a 23-point game, while Erin Maguire and Emile Rogers Duffy also impressed with 16 points apiece, but the experience and composure of Flynn and Ogayemi, in particular, ensured the Wildcats withstood the repeated runs by UU Tigers to hold out and win.

WATCH THE GAME-WINNING BASKET AND CELEBRATIONS BELOW: