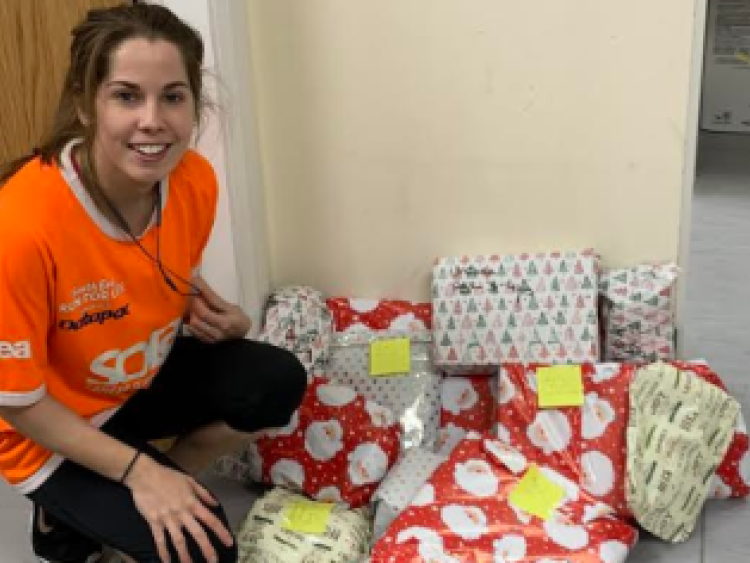 Organisers of a local Christmas toy appeal for refugee children in the Clonea Emergency Reception and Orientation Centre were overwhelmed by the response from members of the public in Dungarvan, across Waterford, Kilkenny and as far away as Dublin.

Such was the success of the appeal, the number of toys, new and used, far exceeded expectations and requirements, resulting in excess gifts being distributed to refugee children elsewhere across the county and in Balseskin Reception Centre, Dublin.

Commenting on the appeal, local resident and organiser Amy Whelan said: “The response from donors was overwhelming, it truly demonstrated the infectious Christmas spirit and kindness of the people of Dungarvan and further afield. We were blown away by the generosity of all who got involved from those who donated gifts and those spent hours on end wrapping gifts, to the local businesses and media who supported the campaign.”

Another local resident, Ann Fetton, said: “The response in Waterford was overwhelming, particularly given that everyone is financially constrained at Christmas time. The donations of new, used and loved toys were far beyond expectations. These will be cherished by the children, who arrived in Ireland coming up to Christmas with little more than they can carry. The kindness of Waterford people brought a smile  to their faces and love to their hearts this Christmas.”

Organisers wish to thank: Lawlors Hotel and Larry Bowe for providing storage space and facilitating the drop off; local media, the Dungarvan Leader, Dungarvan Observer, WLRfm and Waterford Live for helping to spread the word; all the local businesses whose noticeboards and shop windows displayed the appeal’s poster’ Clonea EROC staff and Joe Veale who helped with the organising; and the kind volunteers including Ann Fetton and Claire Kirwan who gave up their time on the lead up to Christmas to wrap and transport toys and promote the collection.

Concluding in her remarks, Amy Whelan said: “Every child deserves a gift a Christmas, the people of Dungarvan and Waterford made sure that this was the case for all local refugee children received this Christmas. The appeal brought out the best in everyone and we are grateful and thankful to all those who contributed.”