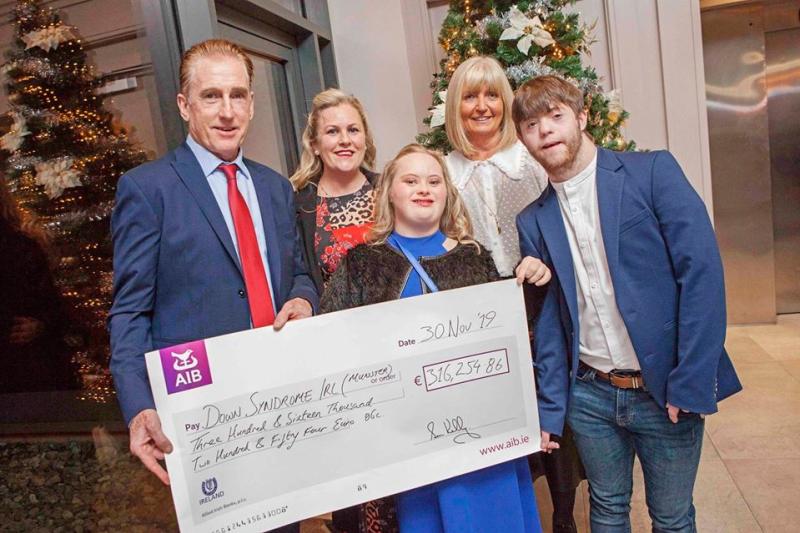 Tour de Munster has enjoyed another incredibly successful year, with the 2019 charity cycle raising a phenomenal €316,254.86 for the Munster branches of Down Syndrome Ireland (DSI) and individual beneficiaries.

Since the tour began in 2001, over €3.1 million has been raised for charity with over €2.6 million raised for the Munster branches of Down Syndrome Ireland.

The amount raised was announced and presented at the annual celebratory event, hosted in the Clayton Hotel Silver Springs recently.

The event was attended by cyclists, their families and DSI branch members, who came together to celebrate the wonderful achievements of participants and supporters and to recognise the positive impact the funds raised will have on those who avail of DSI services and supports.

2019 marks the 10th year that Down Syndrome Ireland has been the main beneficiary of the popular charity cycle, where participants also have the option of choosing their own beneficiary for whom they will raise funds and awareness.

Over 120 cyclists including Waterford cycling legend Seán Kelly took part in this year’s tour which travelled through the six counties of Munster, beginning at Cork City Hall on August 8 and finishing on Cork’s St Patrick’s Hill on August 11.

Participants endured an impressive 600km cycle as they journeyed an average of 150 km per day through the towns and villages of Cork, Waterford, Tipperary, Limerick, Clare and Kerry.