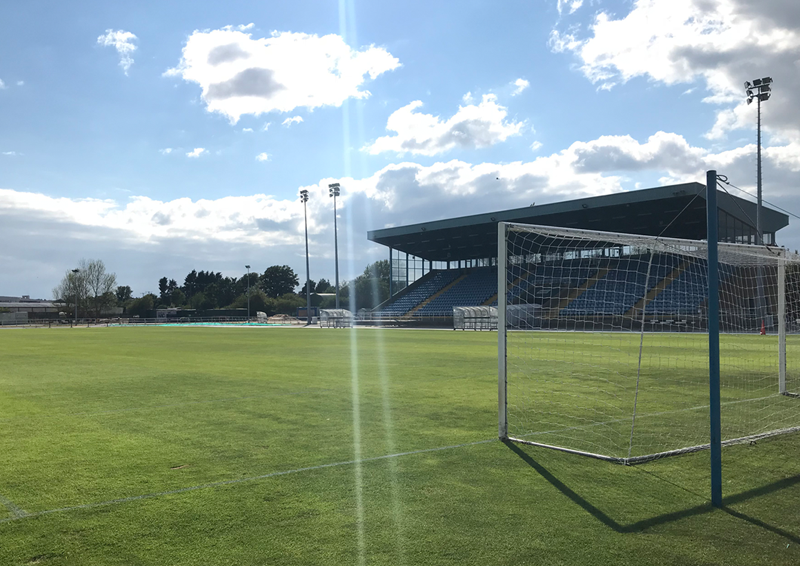 Waterford FC has been shortlisted along with two league rivals on a shortlist for the 2019 SSE Airtricity League Pitch of the Year Award.

Drogheda United, Shamrock Rovers and Waterford FC have seen their respective pitches nominated, with the winner being announced later this month.

FAI Pitch Consultant Richard Hayden (Hayden Turfcare) will visit each ground in the coming days before the overall winner is announced.

The FAI's Head of Facility Development Walter Holleran said the shortlist shows the quality of pitches in the Premier and First Divisions over the 2019 season.

"I wish to congratulate all three venues and their staff for the work on preparing and maintaining their venues to a very good standard.

"The standard of pitches within the SSE Airtricity Leagues are constantly improving and the shortlisted group are very much to the top in terms of pitch quality.

"The FAI will continue to host the Natural Turf Maintenance training days to ensure all clubs have the latest educational and market knowledge to bring their respective pitches to the next level."

The 2019 winners will take the crown from Longford Town after the First Division club won the honour in 2018.