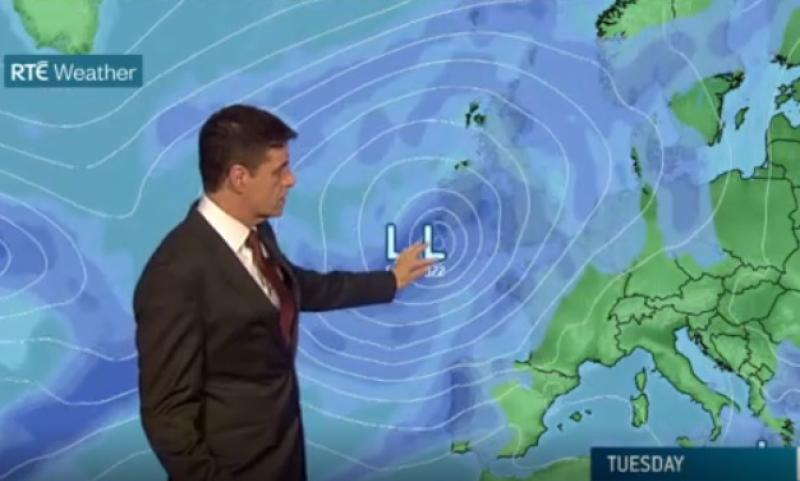 The remnants of Tropical Storm Sebastien are set to bring strong winds and more heavy rain to Ireland this week, according to weather forecasters.

Weather forecasters are monitoring the impact of the system and Met Éireann meteorologist Gerry Murphy gave a flavour of what to expect in his weekly farming forecast on RTÉ.

"This active depression is going to push up over us. That is going to pus rain up over Tuesday but potentially very strong winds as well. The exact track of it is not by any means certain but there is a risk of strong winds from this system," he warned.

He said it would be followed by plenty of showers on Wednesday while the second half of the week looks set to see temperatures tumble.

"As we move to Thursday, colder air moving down from the north bring a mixture of sunshine and showers," he said. MORE BELOW TWEET.

In forecast issued on its website on Monday, November 25 Met Éireann said rain over much of Munster and Leinster early on Tuesday morning would extend to all areas. It said the rain heavy in places. Brighter, more showery weather will follow later in the afternoon. It warned of a windy day with fresh to strong and gusty easterly winds veering south to southeast as the rain clears, with gales along the south and southwest coasts. Top temperatures of 8 to 11 C. 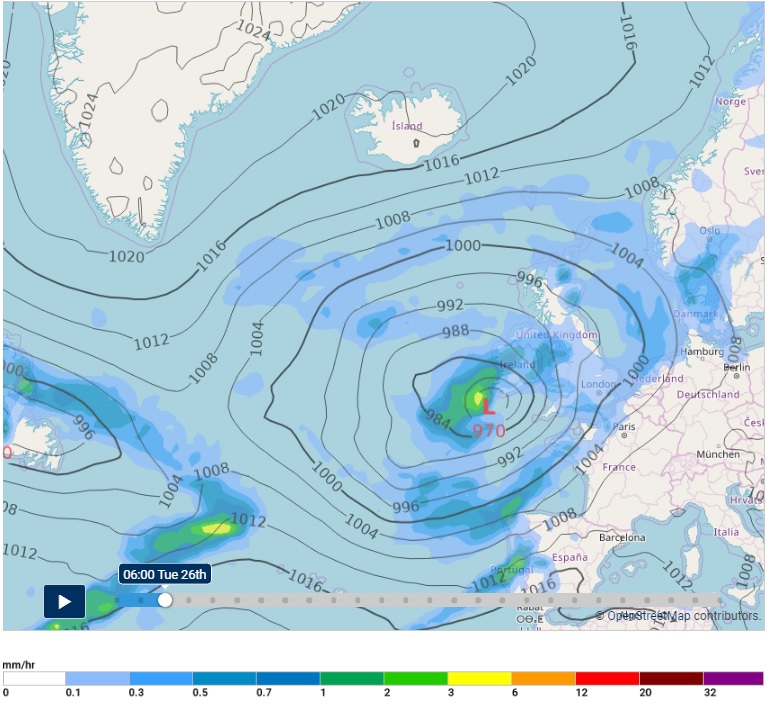 Met Éireann says the outlook is for low pressure to dominate our weather for the coming days bringing unsettled conditions to many areas but becoming drier towards the end of the week and turning cooler from Friday onwards with a return to frosty nights.

Wednesday: Scattered outbreaks of rain at first in parts of Leinster and Munster but becoming mainly dry on Wednesday evening with just the odd shower along eastern coasts. Highest temperatures of 8 to 10 degrees in mostly moderate northerly breezes.

Wednesday Night: Cloudy and mainly dry for much of the country overnight, however patchy outbreaks of rain will move into the east later in the night. Lowest temperatures of 3 to 7 degrees in moderate northwesterly breezes.

Thursday: Scattered outbreaks of rain at times but some bright spells too, the best of which will be in the north and southwest. A cool day with top temperatures of 7 to 10 in light northerly breezes.

Thursday Night: Turning cold Thursday night, especially in the north and east where temperatures will drop back to between -2 and +1 degrees under clear skies, leading to frosty conditions. Cloudier further south with lows of 2 to 5 degrees.

Friday: Dry and bright on Friday with some nice sunshine and feeling chilly with daytime highs of 4 to 8 degrees in light easterly breezes.

Friday Night: Another cold night on Friday with lows of -2 to +5, again coldest in the north and east of the country with some frost forming.

Weekend: The weekend looks set to be dry for much of the country. Some rain will affect southern counties through Saturday but otherwise some good sunny spells. Cold and crisp with highest temperatures of 4 to 7 degrees. Winds will be generally light to moderate and east to northeast in direction. Cold and frosty nights with temperatures at or below zero countrywide.