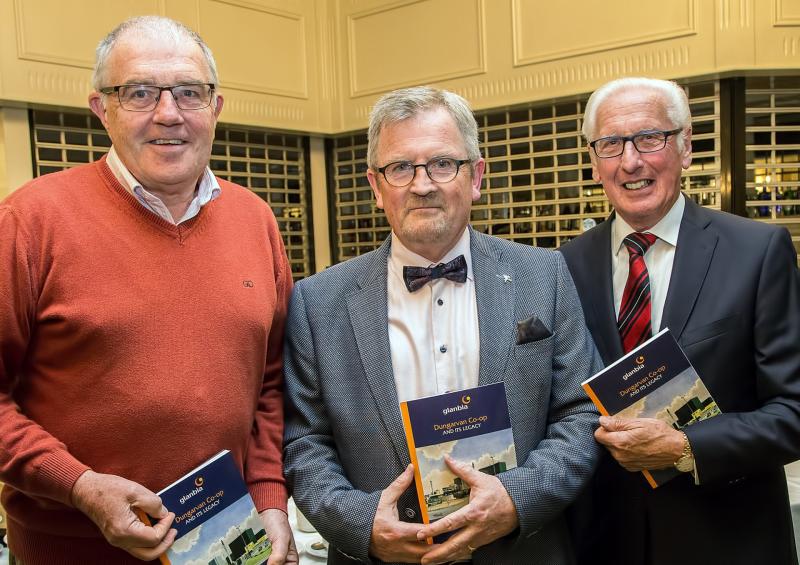 The passion and vision of the Dungarvan Co-operative Society, County Waterford, as it marks 100 years is truly captured in a new book to celebrate the centenary.

The book Dungarvan Co-op and its Legacy depicts the foresight and tenacity of the farmers who worked hard a century ago to set up the co-op to improve the lives of all in their communities. 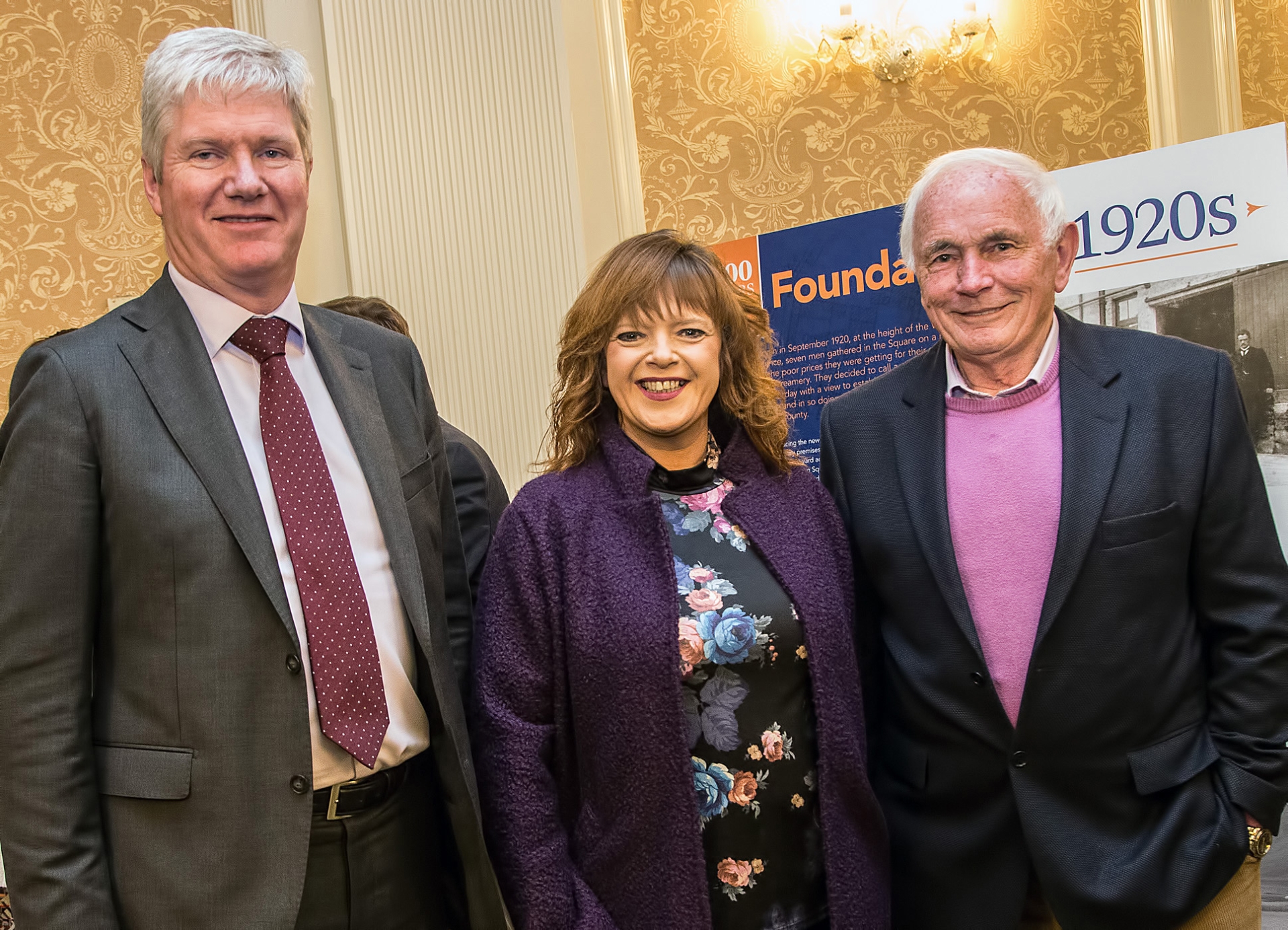 Many of the farmers, community and staff, both present and former, turned out on Thursday in the Park Hotel, Dungarvan, to celebrate all that it has achieved as a major economic driver in the County Waterford area.

Glanbia Group chairman Martin Keane said: “A century on from the setting up of the co-op, the same community spirit can still be seen alive and well in the Dungarvan area. A co-op is only ever as good as its people. We were truly lucky with the talented, ambitious, progressive people that were part of the Dungarvan Co-op throughout the years.”

Glanbia’s West Waterford board member Ger O’Brien welcomed all the guests on the night, while chairman of the advisory and centenary committee Vincent McCarthy made a special presentation of Criostal na Rinne to MEP Sean Kelly, who officially launched the book. 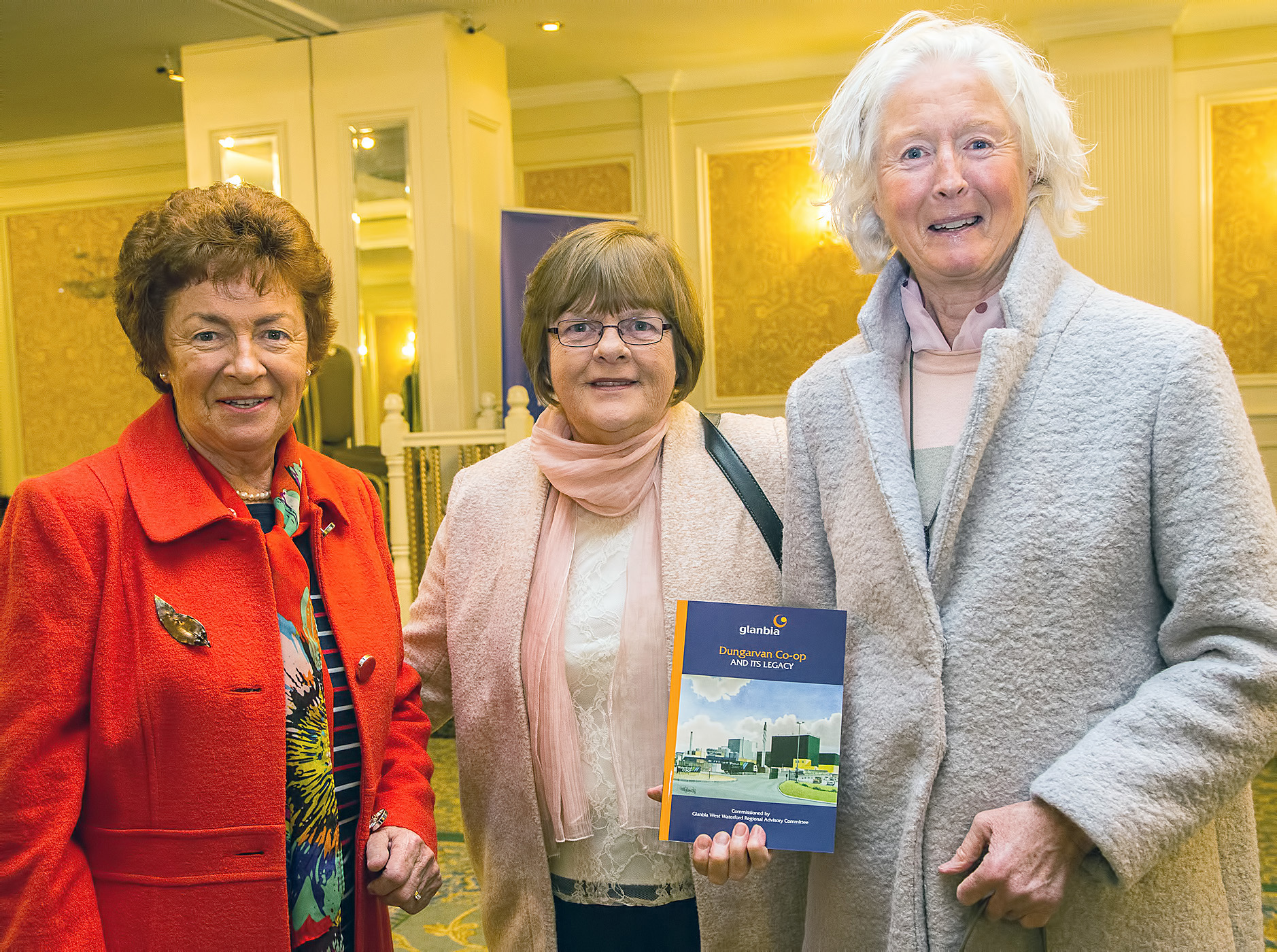 The book, funded by Glanbia Co-op, commissioned by the Glanbia West Waterford Regional Advisory Committee and edited by Jim O’Brien, alongside co-authors Proinnsias Breathnach and Caroline Smiddy, retails at €10. It is available from Glanbia CountryLife store in Dungarvan, along with branches including Cappoquin, Durrow, Ballinamult and Tallow.

A donation from book sales will be made to Dungarvan Community Hospital.