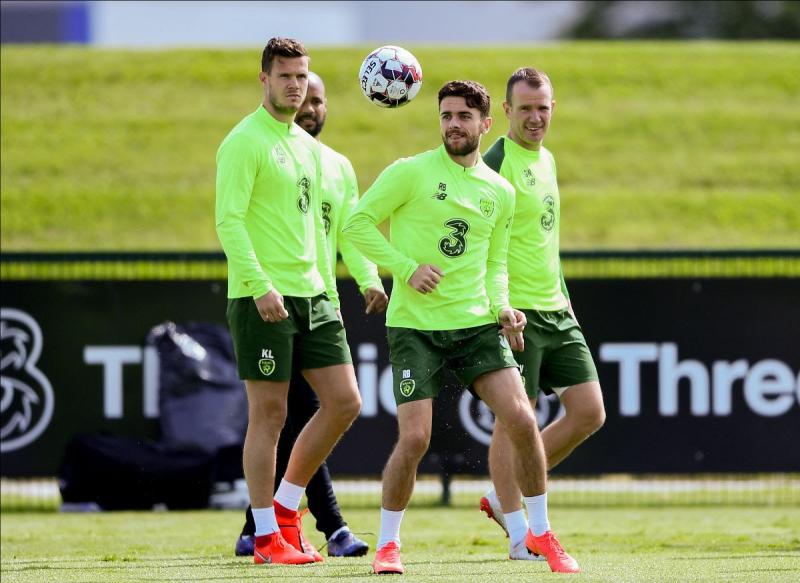 Republic of Ireland manager Mick McCarthy has named Waterford native Lee O'Connor in the senior squad for the first time for the friendly clash against New Zealand later this month.

O’Connor, suspended for the Under-21 European Qualifier in Armenia, will feature against New Zealand then rejoin Stephen Kenny’s squad for their clash with Sweden at Tallaght Stadium.

The Waterford defender recently joined Celtic from Manchester United and has impressed in Stephen Kenny's U21 set-up.

“The benefit of the friendly before the competitive game is that it allows me to try out a few things and give match time to players who need it,” manager Mick McCarthy said.

“With Lee suspended for the first of the two Under-21 matches, this is the perfect opportunity to have a look at him in the friendly, introduce him to senior international football and see how he gets on. I’ve been impressed with him for the 21s and I know how important he is to them for that Sweden game so this is a win-win for all concerned.

“Likewise, Troy Parrott is in the squad for the first time and he will feature against New Zealand next Thursday. All he has to do is look at how well Aaron Connolly did last time in Georgia and Switzerland to see the opportunity that is there for him now.

“The same will apply for other players who will get a chance against New Zealand and can give me something to think about for the Denmark match. We know that’s the game we have to win and I can’t wait to get into camp now on Sunday and start working with these players again.”

McCarthy has also offered Robbie Brady and Ciaran Clark a shot at Euro 2020 glory against Denmark.

He has also welcomed the return of striker David McGoldrick and a first call-up for Spurs teenager Troy Parrott who, like O’Connor, makes the move from Stephen Kenny’s Under-21 squad.

Burnley midfielder Brady, who scored against Gibraltar in June, is back after injury and in the final 28-man squad retained for the upcoming Dublin double-header against New Zealand and Denmark.

Clark, who scored for Newcastle United against West Ham in front of McCarthy last Saturday, comes into the squad for the first time this year after his own injury problems.

McGoldrick missed the away games in Georgia and Switzerland last month but is back to fitness and back on form with Sheffield United ahead of the must-win game against Denmark.

“Robbie was left out last month simply because he had only played three minutes in the Premier League all season when I named the squad,” McCarthy told FAI.ie.

“He is back involved with the Burnley first team now and getting game time and his involvement is a real boost to us ahead of the match against Denmark because of the quality he brings to the team.

“I will give Robbie time against New Zealand to get ready for Denmark. He is one of the players in the squad who will really benefit from the New Zealand game before we play the Danes.

“Ciaran is in the same boat. He had to get back with Newcastle before he could back with us but he is playing well for them now and I was impressed with him against West Ham last Saturday.

“David’s return is the big bonus for all of us. Everyone knows how well he has done for us in the European Championship games he has played this year and he has been brilliant for his club in recent weeks.”

With James McCarthy asking to remain with his club Crystal Palace for ‘personal reasons’, McCarthy will mix and match for the New Zealand game before the sell-out against Denmark.

McCarthy has included Middlesbrough keeper Darren Randolph, Wolves defender Matt Doherty and Glenn Whelan of Hearts in his final squad after positive reports from all three on their recent injury worries.

“They’ll all be in Dublin and they’re looking forward to it as much as I am,” concluded the Ireland boss.

Republic of Ireland squad to play New Zealand and Denmark: