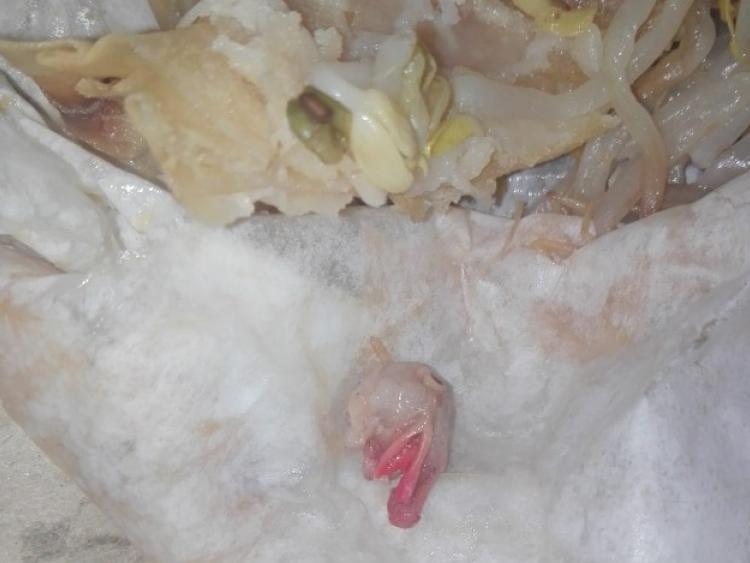 A Waterford woman has expressed her disgust after claiming she found a chicken's head in a spring roll from a Chinese takeaway in the county.

She says she found what appears to be a "baby chick's head" in the filling of a spring roll.

"My whole insides came up when I saw it," Danielle said on Facebook.

She was so disgusted she went down to the takeaway to complain but claims she was told it was pork.

The restaurant referenced in Danielle's posts claimed it was possibly a bit of "vein from pork" but also denied the spring roll was from their outlet at all.

Danielle was adamant and confirmed she made a complaint to the Food Safety Authority of Ireland.

The HSE carried out an inspection at the premises to view the processes of preparation and stated that without the "foreign body" found, said they could not progress the complaint.