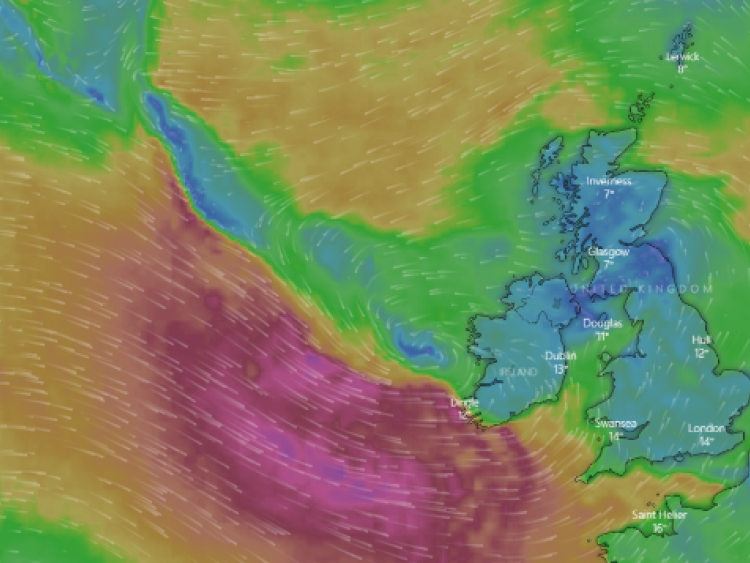 "The latest model runs this morning [Thursday] continue to indicate that there is a considerable risk of stormy conditions developing along the south coast through tomorrow night and during Saturday," he said.

"On an update from the previous warning peak, wind speeds along southern and southwestern coastal fringes may approach 140 km/h. Elsewhere through counties Cork, Kerry and Waterford winds may gust to between 100-120 km/h.

"There are also likely to be some heavy falls of rain through tomorrow and Saturday, with the southwest, south and southeast again likely to be worst-affected.

"This is a particularly difficult storm to predict as its intensity and exact track remain uncertain. In a worst-case scenario, southern coastal counties could experience a considerable winter storm which could be a named storm.

"However, in a best-case scenario, the worst of the winds will remain just off the south coast, with just gale force winds on southern and southeastern coasts," Cathal concluded.