82-year-old man graduates with degree from Waterford IT 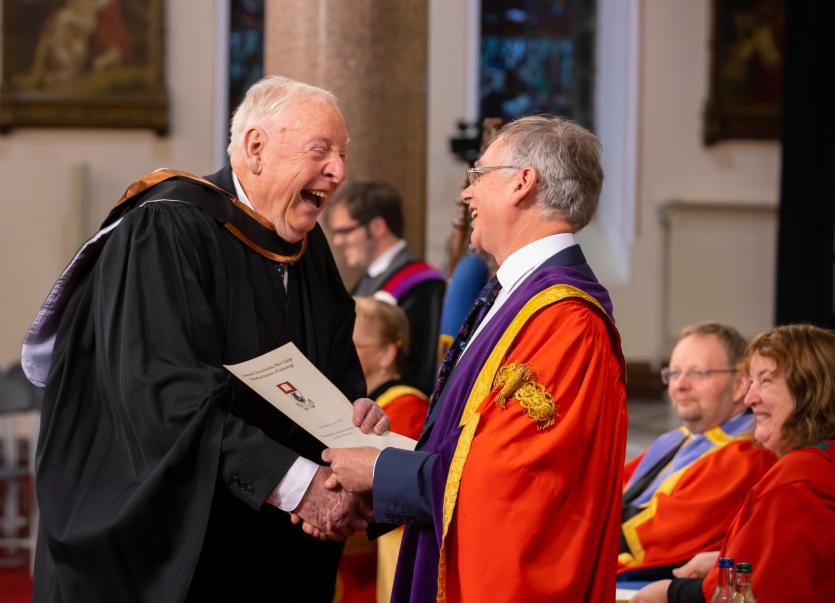 82-year-old man graduates with degree from Waterford IT

As the second day of conferring ceremonies took place at Waterford Institute of Technology (WIT) on Thursday, 82-year-old Tom Boyle graduated with a Bachelor of Arts (Honours) in English and Irish.

Boyle, who is possibly Ireland’s oldest full-time undergraduate student, turned 82 last week, and was joined at the 10am ceremony on Thursday, October 31, by his wife of almost 55 years Phyllis and their seven children.

While studying in Waterford city, the evergreen Tom travelled to college each day from Ramsgrange, Co Wexford. He started his studies at WIT initially as a law student but later made the move to arts.

He has previously said that his only regret is he didn’t return to college sooner. Returning to education is something that he wishes he had done 10 or 20 years ago.

Boyle shot to fame in 2016 when a video of his classmates singing happy birthday to him as he turned 79 went viral.

Eleven ceremonies take place across the three days during which 2,457 graduates will be conferred with academic awards up to doctorate level.

A conferring ceremony for some shorter courses with less than 60 credits takes place on the evening of Wednesday, October 30, bringing the total to 2,675 graduates for 2019.