875 from Waterford set to graduate from WIT 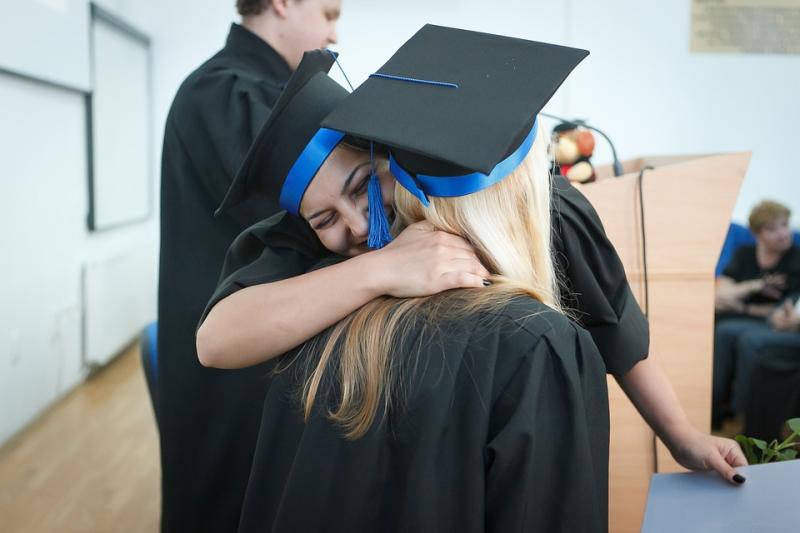 875 from Waterford set to graduate from WIT

Education is at the heart of a bright future for Waterford and the South East, graduates of 2019 were told at the 2019 conferring of academic awards ceremonies held at Waterford Institute of Technology (WIT).

Between Wednesday and Friday, 12 ceremonies will take place on WIT’s College Street Campus.

A conferring ceremony for some shorter courses with less than 60 credits takes place on Wednesday evening, bringing the total to 2,675 graduates for 2019.

As the first of the ceremonies took place, president of WIT Prof Willie Donnelly in his conferring address offered graduates many congratulations and gave a very special thank you to all who supported them throughout their time at the institute.

“All of our staff are tremendously proud of their part in your achievement. We are grateful for the learning we have received from you and we are sure that you will bring with you something of the spirit of community and collaboration that we strive hard in Waterford to create,” he said.

Prof Donnelly also spoke of the contribution WIT and its graduates have made to the economy. “We are aware of the challenges facing the Irish economy and the economy of the South East at the moment, but can you imagine what would have happened without the contribution graduates such as yourselves and without WIT? We would not have, as we do now, some of the leading biopharma, ICT, advanced manufacturing and agriculture companies in the world located in Waterford and the South East region. They are on record as saying that the key reason they located here was the quality of WIT graduates and WIT research.”

While looking to WIT’s roots - next year the institute will celebrate the 50th anniversary since its creation as a regional technical college in 1970 – Prof Donnelly also looked forward to Project Ireland 2040, which recognises the pivotal role of cities in driving regional economic development and acting as a counterbalance to the rapid economic development of Dublin.

“In this context, Waterford’s future is very bright. At the heart of this bright future will be education: we know that educated, skilled people and new ideas are critical to future economic development and social evolution. Educated, skilled, talented people like yourselves are the foundation on which future prosperity for the city of Waterford will be built. And, in this sense, critical to the future city and the wider South East is higher education. Because, through their teaching, universities disseminate knowledge and improve the stock of human capital through the research they perform. Universities extend the horizons of knowledge and by their collaborative activities, they transfer their knowledge to the rest of society, developing new enterprises, new creative activity and new social development.”

He continued that WIT will, with partner IT Carlow, deliver a university of international standing that can deliver on the city and region’s needs and ambitions. “The creation of the Technological University of the South East remains our primary objective. We are ready and committed to its delivery without further delay. We have established already a university level institute. For over 20 years WIT has been a top performer in Ireland in the European research programme, for instance. We have also established a university level organisation that is at the centre of the region. The institute is the location of choice for students from Kilkenny, South Tipperary, Wexford and Waterford with four out of every 10 students studying in Waterford Institute of Technology.”