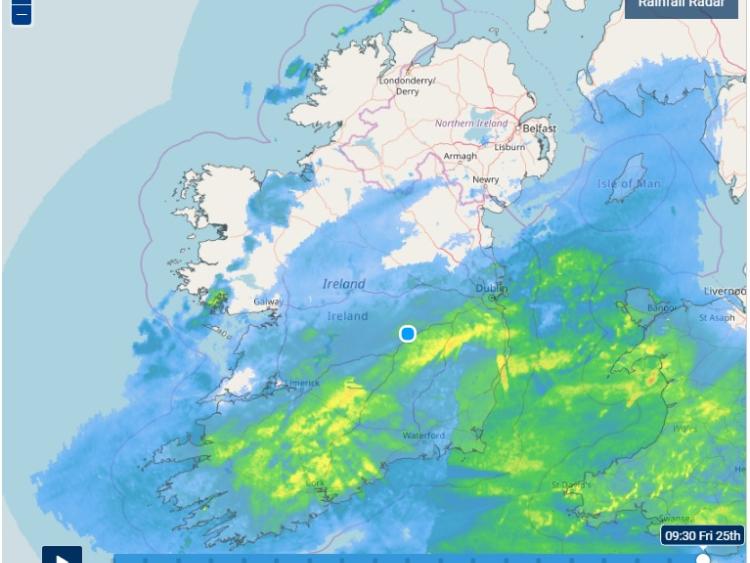 A Met Éireann weather warning for rain has been extended to a number of Leinster counties.

The forecaster extended its Status Yellow warning at around 5am on Friday morning, October 25.

In an update to the original warning issued on Thursday, Met Éireann said there would be "pulses of heavy rain at times today and overnight, with some spot flooding". Rainfall totals are set to reach between 25 to 30 mm.

The warning is valid from Friday at 8am to Saturday at 6am. MORE BELOW TWEETS

In a forecast issued at 9:36 am on Friday, Met Éireann said rain will become widespread across Munster and Leinster this morning, heavy in some southern areas, with some spot flooding. Any lingering frost and mist elsewhere, soon clearing, but becoming cloudy with some light rain developing in places. A cold day, with highs of just 6 to 9°C. Light variable breezes at first, becoming moderate northerly later.

It said Friday night would be cloudy with further rain over east Leinster and much of Munster, the rain heavy rain at times in many coastal areas. Elsewhere cold and mostly dry with some frost and mist in places. Lowest temperatures of zero to +4°C with light variable breezes

It said the there would be early rain in the east and southeast on Saturday morning but this would soon clearing.