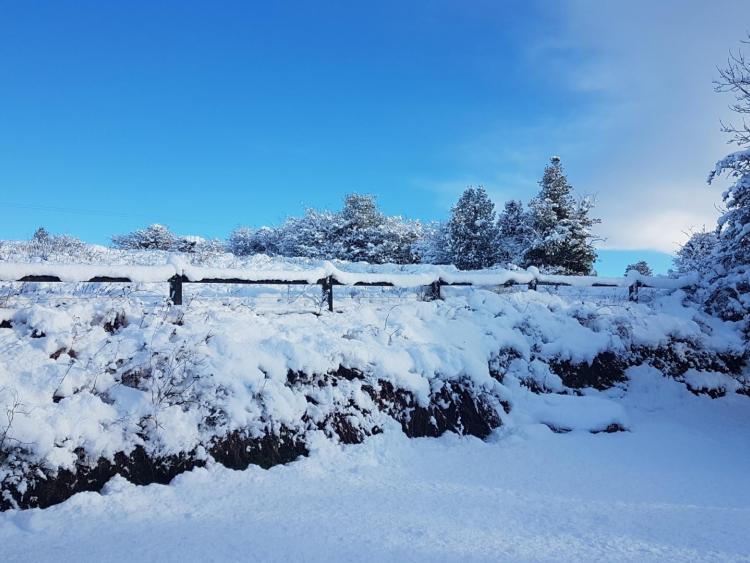 Forecaster warns of 'snow risk' in Ireland this week

Regional weather forecaster Cathal Nolan from the Midland Weather Channel has said there is a chance it could snow in parts of the country this week.

"This is not an April fools joke come early," he said, "but rather there is a pretty credible risk that some areas of the country may see their first snowfall of the 2019/2020 winter season as early as this coming Friday."

"A bitterly cold airmass for the time of year is expected to push southeastwards across the country from the northwest on Thursday, with upper air temperatures some 10-12 degrees below average," Cathal said.

"At the same time, a very warm plume of air carried within a zonal jet stream will push northeastwards from the subtropical Atlantic.

"As the very warm and moist air comes into contact with the bitterly cold Arctic air it's expected to generate some intense precipitation leading to a flooding risk in the southeast of the country at present, whereas along the northern and northwestern edge of the rainfall it's expected to turn increasingly to snow.

"The areas currently in the highest risk zone are all Midland counties, much of Connacht, south and east Ulster and elevated areas of Munster. All upland areas are at risk of seeing some considerable accumulations of snow and some temporary travel disruption along elevated routes.

"Snowfall in October is an exceedingly rare event in Ireland, however, the last time snow was recorded in Ireland during October was 2009," he concluded.