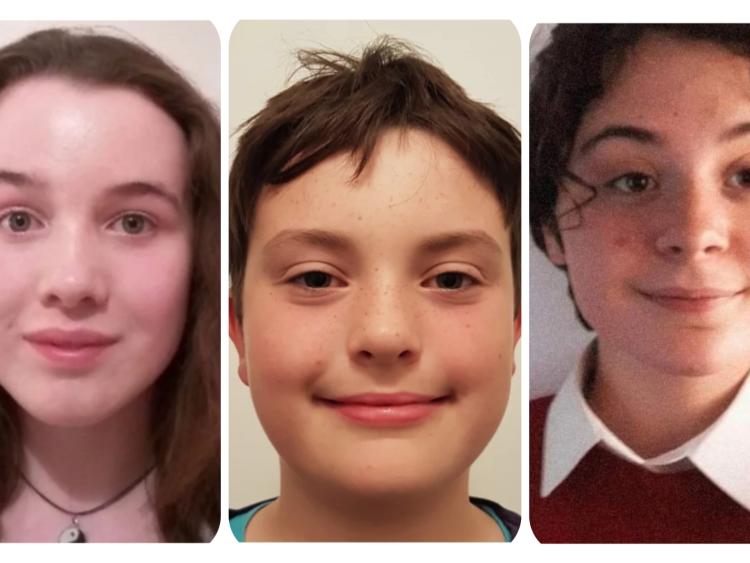 Three Waterford students will be among 157 delegates participating in the RTÉ Youth Assembly on Climate in Dáil Eireann on November 15.

Young people from across the Republic of Ireland applied online to take one of 157 seats in Dáil Eireann for the specially convened Youth Assembly.

The delegates aged between 10 and 17 years of age, had information days in Dublin and Cork, with other gatherings taking place in Sligo, Cork and Galway in the coming days. The Youth Assembly, which will be at the heart of RTÉ on Climate week, will see the delegates focus and debate on the following themes; environment, economics, food and farming, power and education.

Waterford's Cian Ó Cadhla, aged 11, and 15-year-olds Chloe Jacob and Sorcha  Gibney Sheridan will all take part and have their voices heard at the historic assembly.

Sorcha said: "I decided to get involved in the Youth Assembly because I have always been a strong advocate for a green environment. I find it disturbing that there are constant news reports on the effects of climate change yet still nobody seems to be doing anything to stop it. I'm a member of my school's Green Team and because of this, I have become aware of the changes we can make in our lives to be more environmentally friendly."

Cian said: "I applied for the Youth Assembly because I have always had an interest in the environment due to both of my parents working on Greenpeace ships when they were younger. This year I participated in the climate strike, was part of the class which was the overall winner of the Our World Irish Aid awards 2019, and I participated in the Coastwatch beach survey."

Chloe took part in a production called '11 Years', a piece to bring awareness to climate change. Although passionate about it beforehand, this made her want to do more to help. She has attended climate youth strikes, entered the Young Environmentalist Award competition, is an environmental representative for her class, partakes in clean-ups and runs social media platforms about climate awareness.

Pauline MacNamara Executive Producer, RTÉ on Climate - Youth Assembly said: “From almost 1,000 excellent applications the judges have drawn together an outstanding group of young people to convene the Youth Assembly on Climate. The 157 delegates announced today have shown remarkable commitment to climate action and creativity in their approach to finding solutions. We hope the public - and especially their schoolmates - will get behind them.”

RTÉ in association with the Houses of the Oireachtas, will host the Youth Assembly in recognition of the leadership of young people in highlighting climate issues and in the context of the centenary of the first Dáil.

The day will see the 157 young people from 10 to 17 years of age from across Ireland with strong views on how Ireland needs to address the climate crisis. This number reflects the current number of TDs in Dáil Éireann and proceedings on the day will be chaired by Ceann Comhairle Seán Ó Fearghaíl.

The delegates gathered from across Ireland will convene in Leinster House on Friday, November 15 to establish their urgent next steps for Ireland and present them to the nation live from the Dáil Chamber on RTÉ News Now and Oireachtas TV.

The Youth Assembly is a key part of RTÉ on Climate which will put a focus on the climate crisis across TV, radio and online and explore what this means for Ireland and potential solutions.