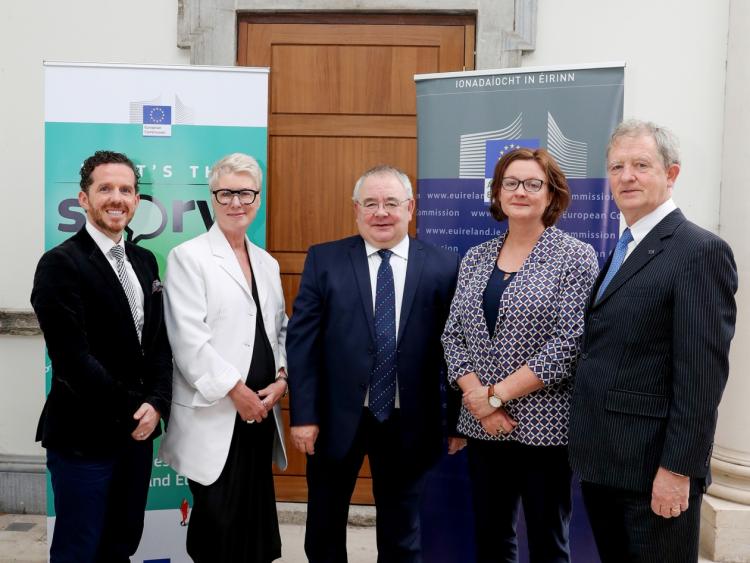 The benefits of EU membership to Ireland has been reinforced by Waterford Institute of Technology (WIT)’s Prof John Nolan and RTÉ producer Moya Doherty, who spoke at a launch event in Leinster House about research into macular degeneration at WIT that received major EU funding.

Carrick-on-Suir's Prof Nolan told those in attendance how the European Research Council Funding Programme allowed him and his team to ask and answer an extremely important research question: does enrichment of targeted nutrients in the eye enhance vision and reduce risk of the world’s leading cause of age-related blindness, a disease known as age-related macular degeneration, commonly referred to as AMD?

In 2011, the European Research Council Starter Grant allowed Prof Nolan to ask and answer a research question that has changed the world’s view on vision. Through the support of this grant, the Central Retinal Enrichment Supplementation Trial (CREST) was born.

“Put simply, this research has been able to prove that enrichment of nutrients at the macula (known as carotenoids), which are natural, safe and cost-effective and sourced from plants, now available in supplement form, have a major impact on the quality of our vision and have a major impact on protecting our macula, even in patients with AMD. Our discovery has enormous potential, but only if used correctly and implemented. We can make the world a safer place, we can improve eyesight for society and for our ageing population,” Prof Nolan said.

Prof Nolan also took the opportunity to ask the Irish Government and Revenue to reconsider approaching and planned VAT addition to food supplements that have a proven medicinal benefit for patients with AMD. “This would be a wrong decision and a tax on health,” he said.

He added that thanks to the CREST project, thanks to the investment by the European Research Council, there is now sufficient evidence nutritional intervention with safe and cost-effective supplements will enhance the quality of life of our elderly population. And if implemented correctly it will save millions of euros for healthcare systems in Ireland and across the European Union.

“CREST has made the invisible visible and vision possible,” Prof Nolan said.