'There are good people everywhere': Waterford teenager goes solo across the world 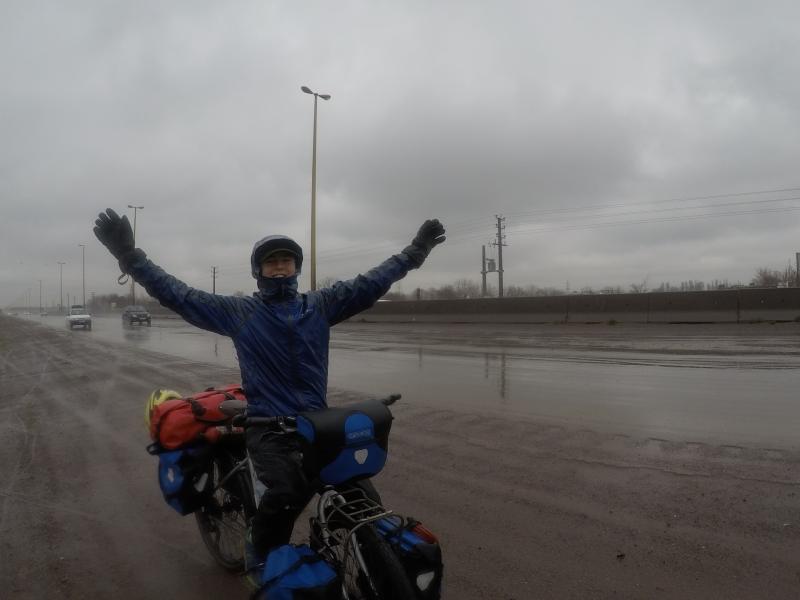 “Give up watching the news. The media can portray certain countries around the world as dangerous and unfriendly places, but there are good people everywhere,” says a Waterford teenager who finished a 12,000km trek across the world over the summer.

After completing his Leaving Certificate, Ferrybank’s Sean Hoban set off on the adventure solo on August 31, 2018, before returning home to a heroic welcome over the summer.

“I had the idea for the trip when I was 16 and started to save all my money from working in Altitude. I was fully committed to the trip in sixth year and I wanted to see as much of the world as possible before I went off to college. I also wanted to see 7,000m high mountains. I didn’t take any lifts and literally pedalled on two wheels the whole trip,” he tells WaterfordLive.ie.

“Cycling the Pamir Highway (M41 in Central Asia) was absolutely the most memorable experience. The Pamir Mountains were just immensely beautiful. Also experiencing Iran's culture and people was a highlight for me. Cycling across one of the most repressive countries in the world, Turkmenistan, too. I completed 500km on a five-day transit visa, cycling 185km in one day alone.”

Sean made his own food along the way, brought equipment to maintain his bike and all the clothes he needed for winter cycling. He met “truly wonderful people” on his travels.

“The people absolutely made my trip. I don't know if I was just really lucky, but I don’t remember meeting anyone who tried to do me harm. Cycling solo as an 18-year-old across definitely makes you vulnerable, but I think it brings out the best in people everywhere. People are just generally good no matter where you go,” he says.

Sean also offers advice to people planning on taking on such a feat. “Plan ahead but be flexible and see where the road takes you. It's so worth it to put in the time to find a nice campsite with a water source to wash yourself. Bring a Kindle - I wish I did. I also wish I loaded a small hard drive up with tonnes of movies to watch. Write every day no matter what, even if it's only a few lines. I have an awful memory and now I have 10 months of handwritten journals that I can read back through,” he adds.