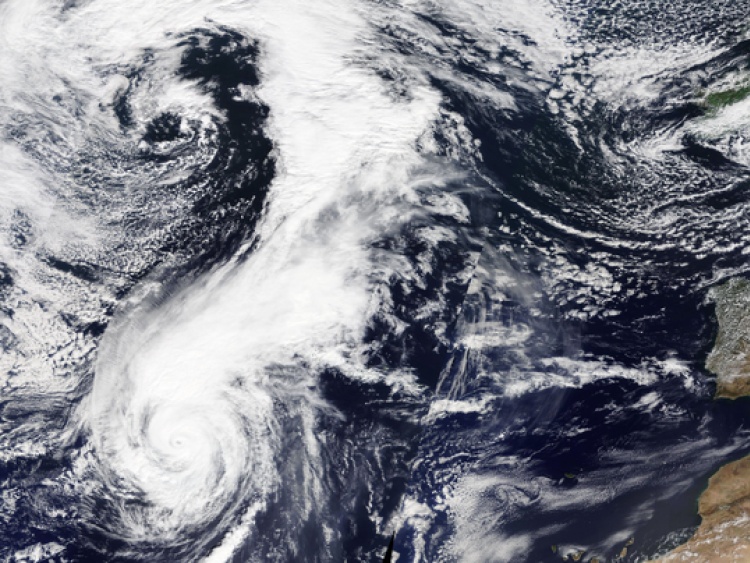 The calm before the storm - When will Storm Lorenzo impact Waterford?

It issued the following early Thursday.

Update
Southeasterly winds will reach mean speeds 50 to 65km/h with gusts 90 to 100km/h resulting in some disruptive impacts.

Spells of heavy rain at times today and tonight will result in some flooding.

Waterford will avoid the worst of Storm Lorenzo. As the storm tracks the west coast on Thursday afternoon, Waterford will notice an increase in wind speed and gusts, possibly up to 75km-100km/h.

The worst effects of the storm on Waterford will be late on Thursday and in the early hours of Friday night as the storm turns over Ireland and eventually weakens.

There remains the risk of hazardous driving conditions and fallen trees in Waterford due to the existing saturation of soil and heavy foliage on trees.

Southeast gales developing this morning on all Irish Coastal Waters and on the Irish Sea, with strong gales in the west. Winds veering southwest in the afternoon and reaching storm force 10 at times in the west later.