LATEST: We’re currently directly in path of Hurricane Lorenzo according to forecasts 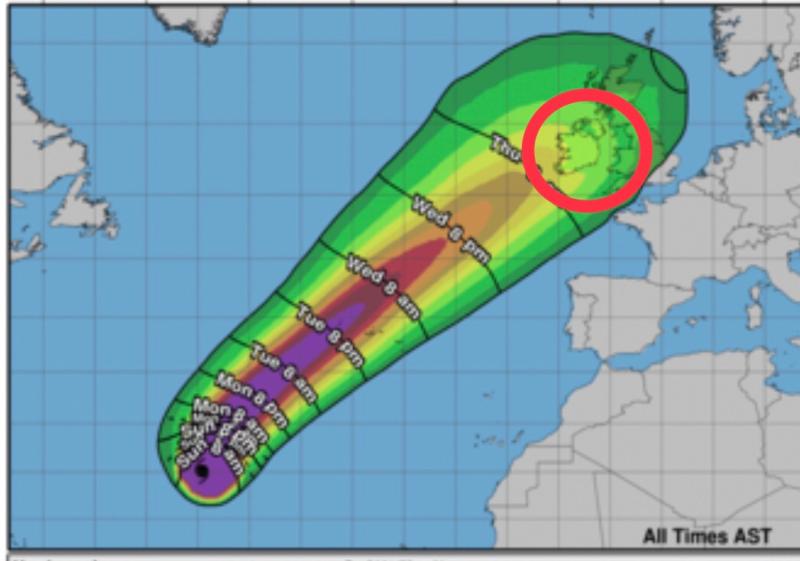 Met Eireann says that it will continue to "closely monitor" Hurricane Lorenzo, which is currently over the south Atlantic Ocean.

The latest projections show that the major storm may come close to Ireland, but forecasters said its exact path and strength in the North Atlantic are "very uncertain".

According to the US National Hurricane Centre, Lorenzo has strengthened to a category 5 hurricane, with maximum sustained winds of 250km/h.

The NHC said that it was the strongest hurricane on record this far north and east in the Atlantic basin.

It is currently 2,000km southwest of the Azores island group.

Met Éireann said: "On the forecast track, Lorenzo is expected to move near or just west of the Azores late Tuesday and Wednesday.

"Thereafter, the exact track and the intensity of Lorenzo as it transitions to an extratropical low is still very uncertain.

"However, one possibility is that it will track northeastwards towards Europe.

"The progress of Lorenzo and any potential impacts for Ireland are being closely monitored."