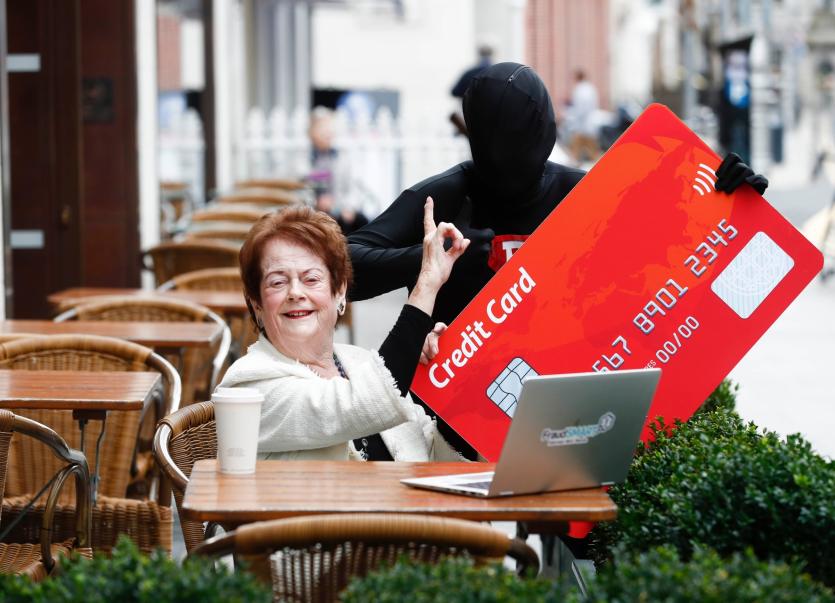 A new FraudSMART survey from Banking & Payments Federation Ireland (BPFI) today reveals the average sum of money stolen in Ireland by fraudsters is €1,005, but the figure rises to €1,320 among older people aged 55+ and is almost six times the amount stolen from young adults aged 18-24, which totalled €228.

On average, a third (33%) of Irish people say they have lost money to a fraudster.

The survey comes as Fraud Awareness Week gets underway from 23rd – 29th September 2019 www.fraudSMART.ie with people encouraged to ‘check, chat and challenge’ a loved one this week on the issue of financial fraud scams and identity theft, especially our youngest, oldest and most vulnerable family and friends.

Helping to launch this year’s Fraud Awareness Week is former Government Minister Mary O’Rourke, who is urging older people, in particular, to talk to family and friends about their concerns and, equally so, remind young adults that they have a sounding board in grandparents and older relatives for any worries or concerns. Learning to spot the signs of fraud early and act quickly is a skill that applies to all ages.

The FraudSMART survey for Fraud Awareness Week 2019 looks at the issue from a generational perspective for the first time, and reveals the following trends and behaviours among older people and how those behaviours compare with younger adults, who are often just as vulnerable:

FREQUENCY: One in five (22%) older people are targeted at least weekly by attempts to defraud them, making them just as likely to be targeted as young adults, underscoring the fact that fraud can and does happen at any age.

REPORTING FRAUD: Over 55s are most likely to report fraud attempts to the authorities, with 38% contacting their bank and/or the Gardai. This compares to just 14% of young adults aged 18-24. Almost half (45%) of older people make a point of telling family, friends and colleagues about their experience. Significantly, they are the only age group not to report feeling embarrassed for being targeted by scammers in the first place.

CHANNELS FOR FRAUD: Older people are most likely to be targeted via email (37%), but phone calls to landlines accounted for nearly one in three (28%) fraud attempts among the group. More than one in ten (13%) reported getting rid of their landline/changing their phone number to help combat the issue. While calls to mobiles (20%) and text messages (9%) are also an issue, older people are no more susceptible than any other age group to fraud committed by a “person calling to the door” at just 3%.

ALERT TO MONEY MISSING: However, over 55s were slowest of all age groups to realise when money or personal details had been stolen. On average, one-third (37%) of Irish people notice within 24 hours compared to just one in four (26%) older people within the same timeframe.

CHANGING BEHAVIOURS: Notwithstanding the slower response time, older people reported taking more proactive measures to protect themselves from fraud online and in person. More than two-thirds (68%) now keep a closer eye on their bank account (versus younger adults at 42%). More than a third (36%) regularly change passwords on email and online accounts they use regularly compared to younger people (18%). In addition, 40% of older people said they avoid using public wi-fi, almost double the figure for young adults that responded (22%).

In person, 70% of over 55s cover their PIN and check for shoulder surfers (versus 51% of young adults), and they are twice as selective about giving out personal details (61% v 30% of young adults) and the most resolute about not letting their bank card out of sight when paying in shops and eateries. Almost half (46%) always keep their card in sight, more than any other age group surveyed.

Niamh Davenport, who leads the BPFI FraudSMART programme, said: “Our FraudSMART survey still shows reluctance among some older people to ask a family or friend for a second opinion if something looks suspicious. That’s what Fraud Awareness Week 2019 is all about – having the conversation. We all know someone who has been scammed, young or old, but it’s only by checking with each other that it becomes easier to spot the trends and tell-tale signs of fraudsters at work. It’s one thing to know the signs yourself, but it’s much more powerful to help those you love understand them too.”

Former Government Minister Mary O’Rourke said: “I myself have been targeted by scams over the years, from calls to my landline looking to fix a problem with my computer to emails pretending to offer tax refunds. My advice, especially for older people, is to learn the warning signs so that you can act at the time. My grandchildren are in their teens now and their age group is just as susceptible as mine. It really is an issue that affects all of society, so I am delighted to launch Fraud Awareness Week and be part of the national conversation on such an important topic.”

Kay Murphy, President of Active Retirement Ireland, said: “Notwithstanding the fact that fraud happens and the sums of money involved are significant when it does, it’s encouraging that many older people are proactive, especially when it comes to speaking up and taking measures to protect themselves from scams. That said, there’s always more to learn and by partnering with FraudSMART for Fraud Awareness Week, we will be working to bring that message directly to our 25,000 members around the country over the coming weeks.”

As part of Fraud Awareness Week, Active Retirement Ireland and its members will join BPFI for a series of FraudSMART Clinics aimed at helping members of the public, especially older citizens, learn more about current trends in bank fraud, online scams and identity theft, as well as the safeguards to put in place and ways to stay safe. Each FraudSMART Clinic will include a mixture of presentations, panel discussion, Q&A and advice from representatives of FraudSMART, An Post, the Gardai and the country’s main retail banks, including AIB, Bank of Ireland, KBC, Permanent TSB and Ulster Bank.

The events, which are open to members of the public and free to attend, will take place as follows:

Places are limited and assigned on a first-come basis. Walk-ins welcome but registering in advance is recommended by emailing RSVP@fraudsmart.ie with your name and preferred location.