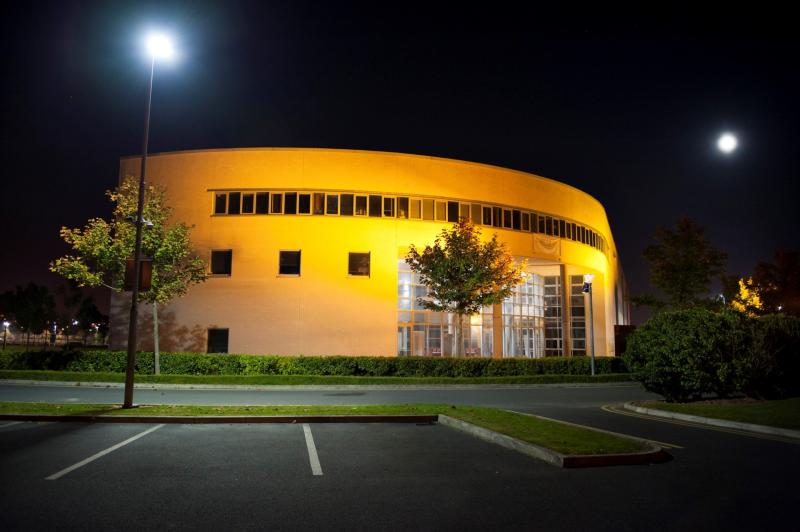 Waterford Institute of Technology (WIT) is hosting its sixth annual event to raise awareness of childhood cancer and to raise funds for The Childhood Cancer Foundation.

As well as its Golden Moments Afternoon Tea event 3-4pm on Monday, September 30, 2019, in the Tourism & Leisure building on the WIT Cork Road Campus, Staff and students are invited to wear yellow or gold on the day and participate in a Human Gold Ribbon on the lawn outside the Tourism & Leisure centre at 2.30pm on that day.

As part of Light it Up Gold the Tourism & Leisure Building is lit up at night in gold (8-11pm), as well as the WIT homepage and other websites.

In addition, as September is childhood cancer awareness month all this week merchandise and raffle tickets will be sold 12.30-2pm in the atrium outside Student Life & Learning on the main campus as part of the Light It Up Gold campaign. People can register their interest in participating in the human gold ribbon.

Every September the Childhood Cancer Foundation runs a campaign called Light It Up Gold. It is part of an international awareness campaign as research into childhood cancer is grossly underfunded.

Light It Up Gold is marked at WIT because back in 2013 three mothers working in WIT all met on St John’s Ward in Our Lady's Children's Hospital with their children.

Local families that have been affected by childhood cancer will be in attendance as well as staff and students. The idea behind ‘Golden Moments Afternoon Tea’ is for everybody to take a moment out of their busy schedules and consider how they can support each other.

Serena Meagher who will talk about her son Ben who is a survivor of childhood cancer; Student Daniel Docherty will sing ‘Bring Him Home’. Daniel took part in the Autism’s Got Talent show in London in August 2018 with ‘Bring him home’, a song that resonates with so many parents with children in hospital.

A nurse from the Paediatric Ward in UHW will talk about the paediatric oncology patients in UHW and the improvements she has seen since the involvement of the Childhood Cancer Foundation.

Two Arts students will read poems: ‘Imagine’ and ‘To honour you’.

Students will also be volunteering at the event.