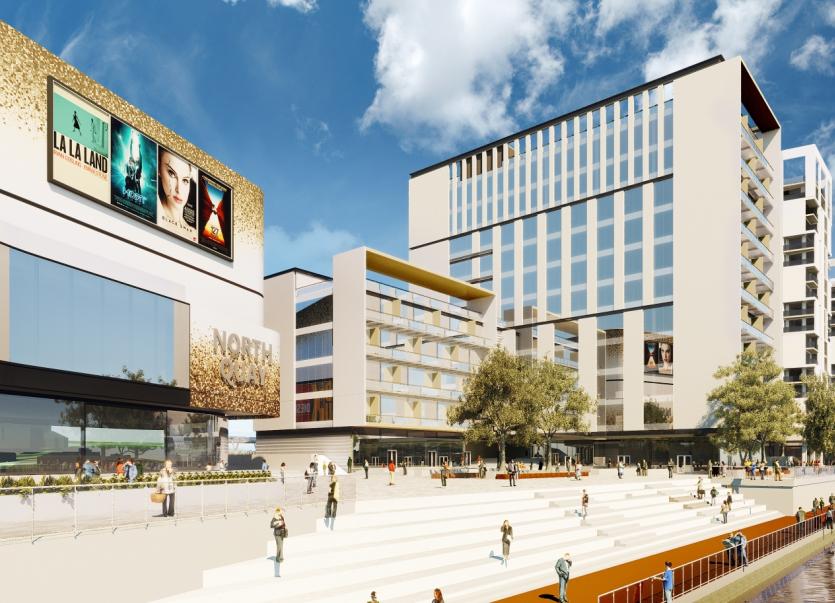 Kilkenny eyes are watching with interest for any further development on Waterford’s North Quays, where hundreds of millions of euros are expected to be invested over the coming months and years.

At the September meeting of the Piltown Municipal District, director of services Sean McKeown updated members on the situation. Falcon Real Estate Development Ireland has previously outlined plans for a €350 million multi-use development on the North Quays, but still has yet to submit any planning application for the project.

Meanwhile, a number of projects are envisioned to upgrade the area’s public infrastructure, including access in and out of the site, a new ‘sustainable transport’ bridge, a flood relief scheme, and the relocation of Waterford Railway Station.

All of this infrastructure is expected to cost in the region of €130 million. Waterford are seeking more than €100 million of that from the Government, but have so far received only €6 million. Several aspects will be of particular interest to Kilkenny, including access roads at Belmont and Abbey Road, the link between the two, and an upgrade of the N29 (Belview port road).

“They have looked for €100 million but only got six?” asked Cllr Pat Dunphy.

Mr McKeown said this was for the first phase — year one — of a three-to-five year project. He said that to begin any projects, such as the new bridge, some assurances of the funding to complete them would likely be required.

Minister for Finance and Public Expenditure and Reform Paschal Donohoe TD visited Waterford last week. At a planned event, he made no further announcements regarding funding, and local media reported a poor attendance from Waterford’s councillors.

Falcon’s €350 million commercial development, includes a hotel and retail uses. Area chairman Cllr Eamon Aylward said Falcon had made it clear they would not invest unless the infrastructure would be there.