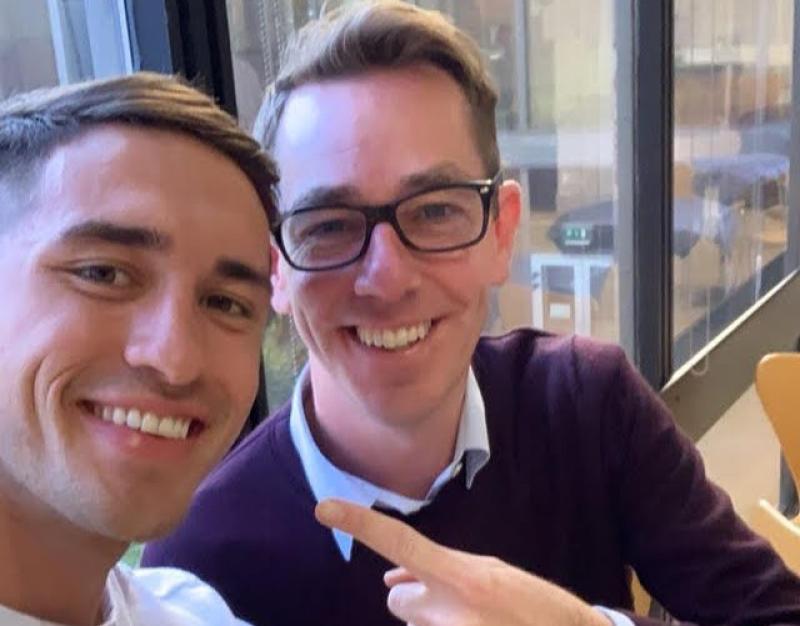 IT's the moment Ireland's staunch Love Island fanatics have been waiting for — Greg, Amber and Maura will be Ryan Tubridy's special guests on the Late Late Show this Friday.

It had been already confirmed that Longford star and Love Island finalist Maura Higgins would be featured on the Friday night show, but Ryan Tubridy confirmed this Tuesday morning that winners Greg O'Shea and Amber Gill will be on the late evening talk show this week.

The Corbally Rugby Sevens star took to Instagram with a selfie of him and Ryan saying: "Great chat this morning with [Ryan]...True gent."

Ryan told his RTE Radio One listeners this Tuesday morning: "Now, I am going for coffee with Greg from Love Island because he is on the show on Friday night, along with Maura and Amber and Sinead O'Connor and everyone else. I am looking forward to saying hello to him in advance of that."

The Late Late Show airs on RTE One at 9.35pm on Friday.