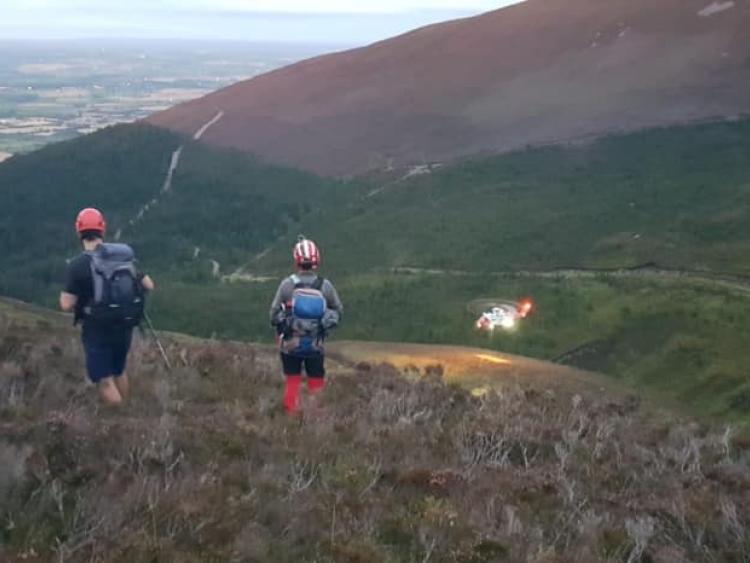 Mountain walker winched to safety after incident in Waterford

The South Eastern Mountain Rescue Association was involved in a mountain rescue in Waterford on Sunday.

SEMRA were called shortly after 7pm on Sunday, August 25 to give assistance to a solo walker on the Knockmealdowns who had sustained a leg injury.

With light fading, the Rescue 117 helicopter was called in to assist.

Rescue 117 crew members carried out a rescue operation with the walker winched from the site at 9.15pm.

All members of the rescue team were safely off the hill by 10pm.