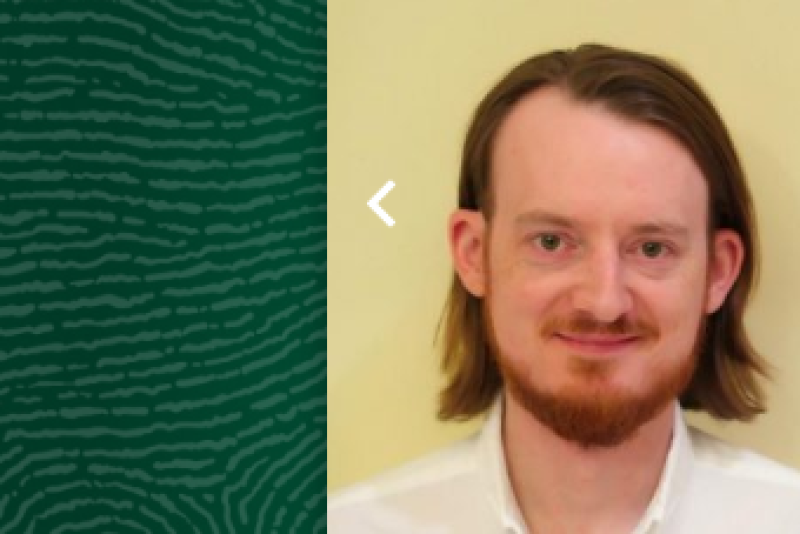 A Waterford engineer will have a unique presence at the Rugby World Cup in Japan.

Vodafone Ireland, the official sponsor of the Irish Rugby team, has revealed “Ireland’s Ball” ahead of the team’s departure to Japan. In partnership with Gilbert, Vodafone has created a world-first ball grip that features the fingerprints of 32 people representing the 32 counties of Ireland.

Representing Waterford on the ball is Waterford engineer Sean Corcoran.

Ireland’s Ball is a unique rugby ball that celebrates the diverse fabric of modern Irish society. The 32 people selected to contribute their fingerprint to Ireland’s Ball represent Irish rugby fans and the #TeamOfUs from every corner of the country.

Vodafone has launched a search for one lucky individual to present Ireland’s Ball to the Irish Rugby team before they depart for Japan. The presentation will take place at the Aviva Stadium on September 6. To enter visit www.rugby.vodafone.ie/irelands-ball-competition/.

Contributors to the ball include Maeve Cox (Meath), the first baby born in Ireland in 2019; Ciara Griffin (Kerry), Captain of the Women’s Rugby team; John Burke (Clare), who summited Everest in 2017; Brian John Spencer, an artist from Belfast and Matt NiGrioffa (Connemara), an Irish speaking lobster fisherman and founding member of An Ghaeltacht Rugbaí, the only Irish speaking rugby team in the world. A full list of participants can be found at www.rugby.vodafone.ie/irelands-ball/.

Commenting on the campaign, Vodafone’s Head of Sponsorship and Business Brand Gerry Nixon said; “Vodafone’s mission with Irish Rugby is to create the most interconnected team and fanbase on the planet through the #TeamOfUs. Our ‘Everyone In’ campaign is an invitation, to everyone around the country, and indeed every Irish rugby fan around the world, to come together and connect with Irish rugby in the build-up to and during their time in Japan.”

“We are conscious that most fans won’t be able to travel to Japan and we wanted to show the team the level of support that exists in every corner of Ireland. We identified 32 people from 32 counties to share their fingerprints via a bespoke App so we could create Ireland’s Ball, a rugby ball that represents all of Ireland and carries our identity. The ball will travel to Japan with the team this September as a symbol of our support. Now we are looking for one person to present Ireland’s Ball to the team on behalf of the entire nation.”

Over the course of the Guinness Series, Vodafone will be bringing fans closer to the team via social content, ticket competitions and exclusive, instant match highlights for all of Ireland’s international matches on the My Vodafone app. Check out www.rugby.vodafone.ie/ for all the latest #TeamOfUs news.