What's in a name? The story behind Waterford's 'Leamy Street' 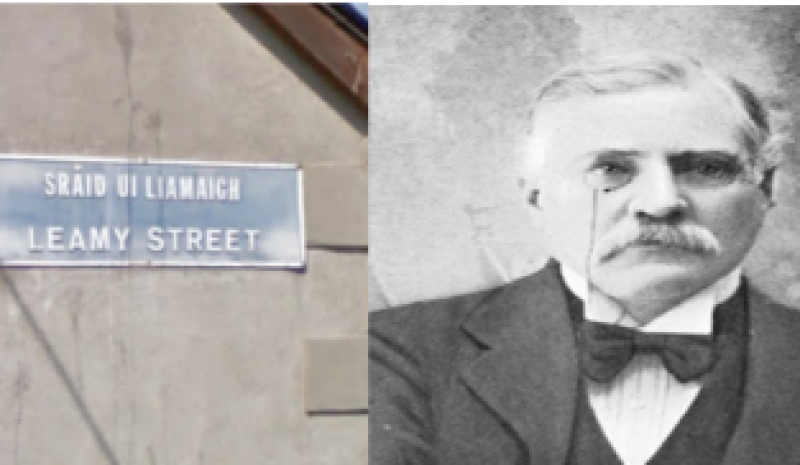 What's in a name? The story behind Waterford's 'Leamy Street'

I spent the majority of my life in a house in the centre of what is known as the “top of town.” Leamy Street is situated right between Tycor and Ballybricken. I remember in school when you’d be asked by the teacher or principal your address, and when I’d say “Leamy Street sir” I’d be asked, “Where’s that, aye?”

For years that remark or even a confused look would follow me every time I recited my address to someone. It was as if I’d told them I lived in a small crevice on the moon.

I could never understand it. How could someone not know where this street was? I mean it’s right there! You’d have to describe locations near it, just to point someone in the right direction.

In all my years of explaining to people where exactly it was that I lived, feeling like I lived in The Shire, I never actually questioned; Who is Leamy?

And come to think of it, who are Morrison? Griffith? Sexton? Yellow Road? Ok, the last one is a bad example. I never questioned or put two and two together, that these street names are exactly that, names, and if they’re names, then they are attached to people. So I decided to look a bit deeper into it, and in this series, I’m going to look into these, and many other street names, to find out who these people were. Starting with my very own, Leamy Street.

Edmund Leamy, born in 1848, was a barrister, journalist, author and politician. Son of a merchant, he was educated at the Jesuits Tullabeg College in Co Offaly, he was elected as a Parnellite Home Ruler in 1880, holding one of the two seats in parliament for Waterford City.

In 1885 he stood down when he was elected to the Irish Bar and began practising as a barrister. Between the years of 1885 and 1900, he ran for election in Armagh, Cork, Sligo, Kildare and east Waterford, unsuccessful in some, and in most, he ran unopposed and was elected.

The story goes that, as he was a friend of Parnell himself, he often, along with John Redmond and Thomas Sexton,
accompanied Parnell to various political meetings, and on one occasion, Leamy and Redmond had to hold Parnell back when he tried to swing for Irish nationalist and MP Justin McCarthy.

Edmund Leamy died in 1904, and there is much debate as to whether he was in Liverpool or the south of France at the time. His remains currently reside in the cathedral in Waterford City.

This man ran uncontested in elections, meaning nobody wanted to oppose him and he held Parnell back from starting a scrap in parliament.

It’s probably where we got the expression “Go ‘way and Leamy alone!”