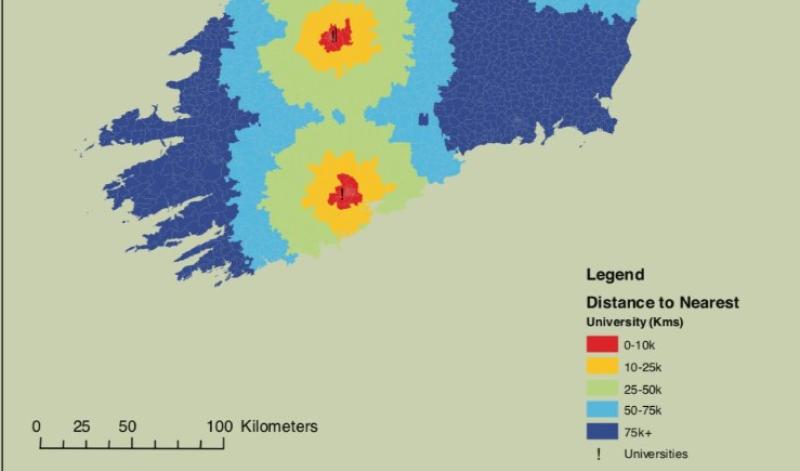 Green Party councillor Marc Ó Cathasaigh has criticised comments made by Minister of Education Joe McHugh that ‘there are regional options’ for students who can’t afford the cost of living away from home to attend the university course of their choice.

These comments were made in a week where first-year students across Waterford and the Southeast were scrambling to find college accommodation having received their Leaving Cert results.

“It’s unacceptable to me that a Minister of Education would be content to leave students locked out of their chosen courses through an accident of geography and the combined mismanagement of our housing crisis and underfunding of our education system," Cllr Ó Cathasaigh said.

"The subtext here is that children of the wealthy or those living in university cities can access all the benefits of our education system, while students of equal ability but less means will have to content themselves with the crumbs."

“There’s no doubt that WIT is an excellent third level institution, but it doesn’t offer the full range of courses that would be available in many of our other cities. Our future doctors, teachers, arts graduates; all have to travel to access these courses elsewhere. It’s not good enough for the minister to suggest that our young people curtail their hopes and dreams due to his government’s failures," he added.

“It’s striking how closely the map of our university institutions mirrors our cardiac care map. The Southeast is again left out in the cold - it seems like two of the things we export from our region are heart attack patients and university students.  And we know as well from several reports from the Southeast Monitor the effects of this loss of our young people, both in terms of the human cost, but also in terms of the transfer of wealth to other regions as parents break their backs to cover spiralling accommodation costs."

“This really smacks of a ‘Let them eat cake’ attitude. Quite apart from the fact that even a full SUSI grant wouldn’t touch the sides of 9 months rent in Dublin, for example, this is money supposed to support the upkeep of students during their time in college."

"Instead, the minister is suggesting we should fire it down the black hole of a runaway rental crisis that the Government is fuelling though wrong-headed policy. And this all the while ignoring the 43% cut in State funding for students in the last decade which has lead to universities putting their registration charges up to €3,000," the Waterford councillor concluded.