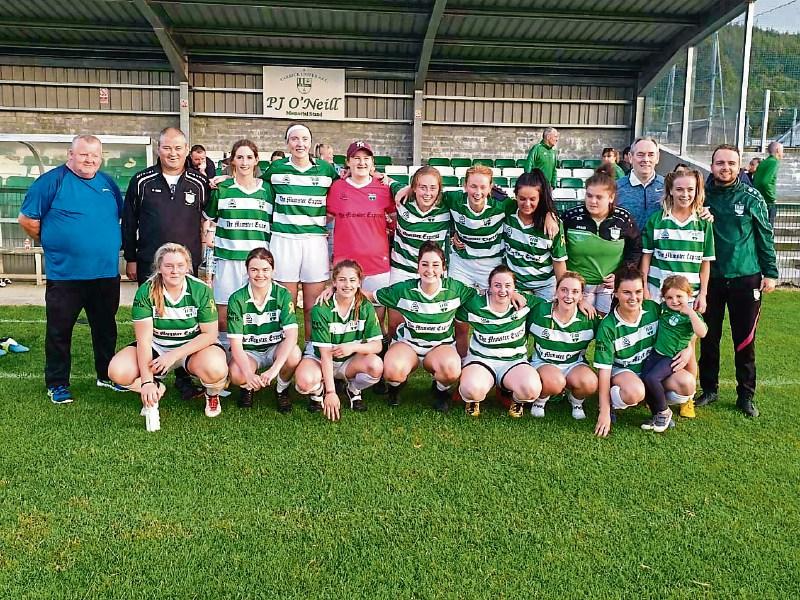 Carrick United senior ladies team are Waterford League champions for the first time in over 30 years after defeating Benfica 3-2 in their toughest match of the season last week.

The match was the Carrick team's toughest challenge of the season and they needed to win or draw to secure the League title.

The first half ended with some tough tackling from Carrick United midfielder Michelle King and captain Laura Power on the Benfica players.

In the 2nd half, Carrick United tried to up the tempo but it was tough as Benfica pushedfor the equaliser.

However with 30 minutes to go Carrick United player Sophie Kiely scored the team's second goal after Kat Connors passed the ball across the box to her.

In the last 10 minutes Benfica scored two late goals but the Carrick United girls held on with guts and determination and won 3-2.

The team still have two games left to play in the League and a cup draw game away to Benfica in a few weeks time.