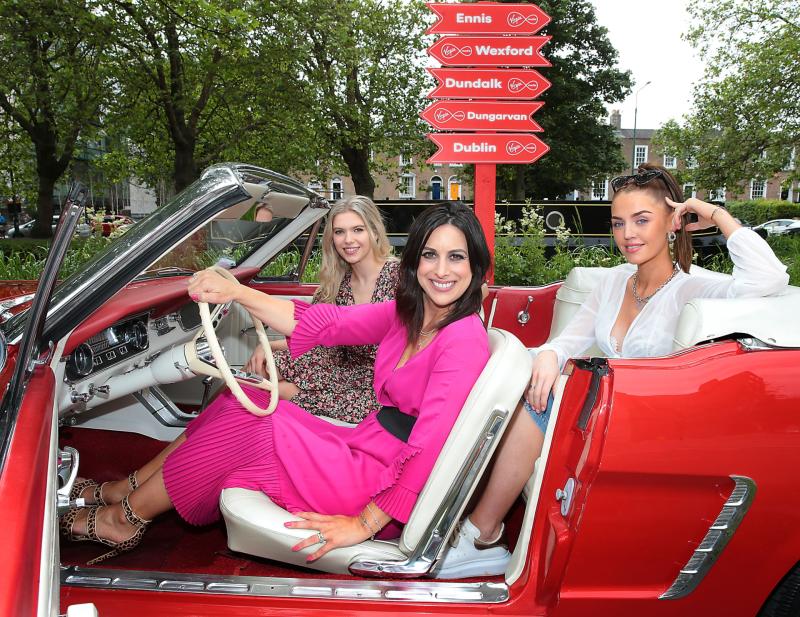 The Virgin Media Drive-In Movie Series will be in Dungarvan this Sunday, August 18.

The roadshow will bring music blockbusters Mamma Mia and Bohemian Rhapsody to towns across the country to celebrate the arrival of Ireland’s fastest and most reliable broadband network.

This forms part of Virgin Media’s Project Lightning network expansion programme, the single biggest private investment in Ireland and the UK’s digital infrastructure in more than a decade.

Cinema-goers will be able to watch fan favourites Mamma Mia and Bohemian Rhapsody on Europe’s largest mobile LED screen and have the sound broadcast directly to their car over FM radio.

There will be two screenings in Dungarvan and tickets can be booked online at virginmedia.ie/movies. Mamma Mia is the story of a bride-to-be trying to find her real father told using hit songs by the popular 1970s group ABBA and well-known faces throughout the movie. Meanwhile, Bohemian Rhapsody is the story of the legendary rock band Queen and lead singer Freddie Mercury, leading up to their famous performance at Live Aid (1985).

At the official launch, ‘Ireland’s Got Talent’ presenter extraordinaire and ‘Living with Lucy’ host, Lucy Kennedy said: “Last year Virgin Media’s Drive-in Movies roadshow was such a huge success it’s was a no brainer to bring it back this summer. I’m a big fan of both films so can’t wait to see them in this unique way…all guests need to do is bring their car and Virgin Media will provide the popcorn! I pity the cars beside mine as I don’t think I am going to be able to stop myself from singing along!!”

Clare Quinlan, Marketing Manager at Virgin Media said: “We’re delighted to be bringing back our pop-up cinema to towns across the country once again. This year it’s going to be bigger and better than ever with two fantastic movies available to view. Movie-goers will be able to watch fan favourite Mamma Mia and Oscar-winning Bohemian Rhapsody on Europe’s largest mobile LED screen and have the sound broadcast directly to their car over FM Radio, all thanks to Virgin Media."

“This is all in celebration of Project Lightning, the biggest private investment in digital infrastructure in Ireland and the UK in more than a decade. It means residents from towns such as Wexford, Wicklow, Dundalk and Ennis will now be able to avail of Ireland’s fastest broadband network and in-home Wi-Fi provider, as well as all the great entertainment that comes with it."